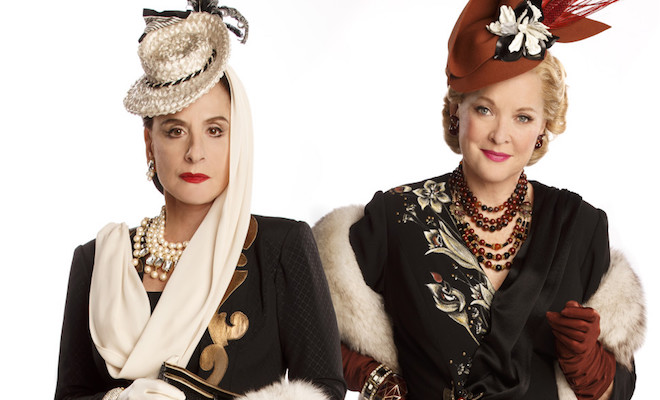 TICKETS GO ON SALE TO THE GENERAL PUBLIC

WAR PAINT will arrive on Broadway this spring, beginning previews March 7, 2017 and opening April 6, 2017 at the Nederlander Theatre (208 West 41st Street).  The musical played a sold-out run in Chicago this summer where it became the most successful show in Goodman Theatre’s history. WAR PAINT charts the legendary lives of two trailblazing women of the 20th century – cosmetics entrepreneurs Helena Rubinstein (LuPone) and Elizabeth Arden (Ebersole).

AROUND A SWINGING AND SOARING SCORE.

A MUSICAL WHOSE BEAUTY IS FAR MORE THAN SKIN DEEP.”

← Previous Story “GOREY: The Secret Lives of Edward Gorey” To Play THE SHEEN CENTER
Next Story → Broadway Production of ‘ALLEGIANCE’ Comes to Cinemas Nationwide December 13 Only