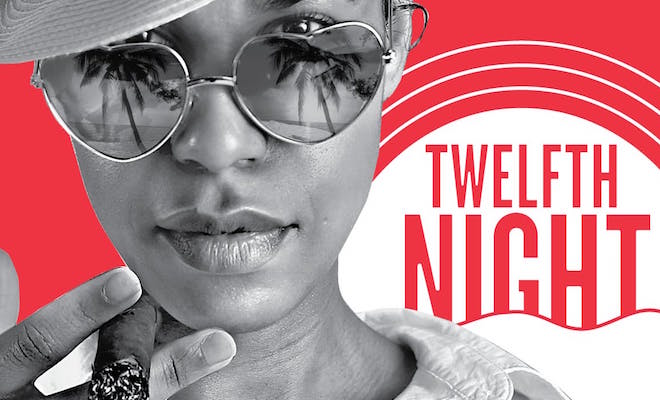 April 17, 2017 – The Public Theater (Artistic Director, Oskar Eustis; Executive Director, Patrick Willingham) will begin previews for the MOBILE UNIT’s TWELFTH NIGHT on Monday, April 24. Directed by Saheem Ali, the sit-down run of TWELFTH NIGHT follows a free three-week tour to the five boroughs bringing Shakespeare to audiences who have limited or no access to the arts. This year marks the 60th Anniversary of the MOBILE UNIT and in honor of this milestone, the sit-down run at The Public Theater will be free, running through Sunday, May 14 with an official press opening on Thursday, April 27.

In celebration of the 60th anniversary of the MOBILE UNIT, all tickets to the run at The Public are FREE. Free tickets will be available via TodayTix Lottery and in-person lottery at The Public Theater. On each performance date, free tickets are distributed via random mobile lottery on the TodayTix app. Download the TodayTix app to enter or visit publictheater.org for more information. On each performance date, a limited number of tickets for that night’s performance are distributed via an in-person lottery downtown at The Public Theater, 425 Lafayette Street at Astor Place. Entries will be accepted one and a half hours prior to curtain, and winners will be selected one hour prior to curtain for all performances.

From schools to homeless shelters, prisons to community centers, the Public Theater’s Mobile Unit brings Shakespeare to the people, and the people to Shakespeare. This season, the Mobile Unit celebrates 60 years of igniting dialogue and fostering new connections with a vibrant new production of the gender-bending, heart-mending comedy, TWELFTH NIGHT. When a young shipwrecked immigrant named Viola takes a chance on the “wet foot, dry foot” policy of the mid-‘90s and washes up amidst the shore of glitzy Illyria, Florida, she finds herself a stranger in a fabulously strange new land. Thinking her twin brother has drowned, Viola throws herself into a new gig as assistant to Orsino, a wealthy Floridian with a serious case of love sickness for a wealthy lady, Olivia. Having disguised herself as a boy to become Orsino’s right hand man, Viola (now Cesario) is tasked with delivering his adoring valentines. But as Viola woos in her boss’s name, she falls head over spiky heels for the man himself, while Olivia turns her affections to the intriguing young messenger boy, Cesario (also Viola). Set to the rhythms of house, Cuban and ‘90s beats, Saheem Ali directs this colorful comedy about the power of new people and new experiences that throw the world into beautiful disarray, and open hearts and minds to the possibility of love.

THE MOBILE UNIT celebrates the 60th anniversary of its inaugural mobile tour in 1957 which began with a production of Romeo and Juliet, directed by Joseph Papp with Bryarly Lee and Stephen Joyce in the titular roles. The 1957 Mobile Unit tour received early support from New York City authorities. Stanley Lowell, then deputy mayor, was an early champion for free theater and mobilized city resources and departments to support Papp’s production. The first Mobile Unit rolled up to performance venues across the city in borrowed Department of Sanitation vehicles with a wooden folding stage mounted to a truck bed and portable seating risers to accommodate 700 people per venue. The city’s Parks Department permitted performances in local parks across all five boroughs. Subsequent productions included Two Gentlemen of Verona, Macbeth, A Midsummer Night’s Dream, Henry V, The Taming of the Shrew, Ti-Jean and His Brothers, Take One Step, Unfinished Women Cry in No Man’s Land While a Bird Dies in a Gilded Cage, and Volpone, among many others.

Recent MOBILE UNIT productions include Hamlet; Romeo & Juliet; The Comedy of Errors; Measure for Measure; Richard III; Much Ado About Nothing; Pericles, Prince of Tyre; and Macbeth. This program reinforces The Public’s commitment to the ongoing exploration of Shakespeare’s canon, along with the recent Public Works productions of The Tempest and The Winter’s Tale staged at the Delacorte Theater for free; Free Shakespeare in the Park; and The Public’s other affordable productions at its downtown home at Astor Place.
VOICES FROM THE COMMUNITY ON THE PUBLIC’S MOBILE UNIT
“I do not know if I have ever been so moved by a theatrical work in my life.”
–Highbridge Recreation Center Audience Member

“Thank you for the wonderful experience! It has been one of the very
few bright spots that has happened to me in the 18 years of my incarceration!”
–Queensboro Correctional Facility Audience Member
“This is the first time I’ve seen a professional performance outside of a traditional theater.
It reminded me of how important live theater is for everyone, not just those who can afford it.”
–Williamsbridge Oval Recreation Center Audience Member
“I feel emotional because it is the first time that I am in a theater.”
–DreamYard Art Center Audience Member
THE MOBILE UNIT is made possible with the support of The Andrew W. Mellon Foundation, The Rockefeller Foundation, The Ford Foundation, The Stavros Niarchos Foundation, The Tow Foundation, Bloomberg Philanthropies, and Delta Air Lines. Additional support provided by The Estée Lauder Companies Inc. and New York City Department of Cultural Affairs. The Philip and Janice Levin Foundation provides lead support for The Public’s access and engagement programming. The Luesther T. Mertz Charitable Trust provides leadership support for The Public Theater’s year-round activities.

SAHEEM ALI (Director of Twelfth Night). Originally from Nairobi, Kenya, Ali is a director of plays and musicals with an emphasis on new work. Recent credits include Dot (Detroit Public Theater), The Booty Call (Inner Voices) and A Lesson From Aloes (Juilliard). He has workshopped new plays by Donja Love, Jocelyn Bioh, Jen Silverman, Nathaniel Shapiro, Phillip Howze, Eric Micha Holmes and James Ijames at Playwrights Realm, MCC, National Black Theater and PEN World Voices. He has co-written two musicals with composer Michael Thurber: The Booty Call (Roundabout Underground Series) and Goddess (O’Neill Musical Theater Conference). He was the associate director of The Tempest, starring Sam Waterston, at The Public’s Free Shakespeare in the Park. He is a Usual Suspect and former Directing Fellow at NY Theater Workshop.

The Public Theater, under the leadership of Artistic Director Oskar Eustis and Executive Director Patrick Willingham, is the only theater in New York that produces Shakespeare, the classics, musicals, contemporary and experimental pieces in equal measure. In over 10 years at The Public, Eustis has created new community-based initiatives designed to engage audiences like Public Lab, Public Studio, Public Forum, Public Works, and a remount of the Mobile Unit. The Public continues the work of its visionary founder, Joe Papp, by acting as an advocate for the theater as an essential cultural force, and leading and framing dialogue on some of the most important issues of our day. Creating theater for one of the largest and most diverse audience bases in New York City for nearly 60 years, today the Company engages audiences in a variety of venues—including its landmark downtown home at Astor Place, which houses five theaters and Joe’s Pub; the Delacorte Theater in Central Park, home to free Shakespeare in the Park; and the Mobile Unit, which tours Shakespearean productions for underserved audiences throughout New York City’s five boroughs. The Public’s wide range of programming includes free Shakespeare in the Park, the bedrock of the Company’s dedication to making theater accessible to all; Public Works, an expanding initiative that is designed to cultivate new connections and new models of engagement with artists, audiences, and the community each year; and audience and artist development initiatives that range from Emerging Writers Group to the Public Forum series. The Public’s work is also seen on tour throughout the U.S. and internationally and in collaborations and co-productions with regional and international theaters. The Public is located on property owned by the City of New York and receives annual support from the New York City Department of Cultural Affairs; and in October 2012 the landmark building downtown at Astor Place was revitalized to physically manifest the Company’s core mission of sparking new dialogues and increasing accessibility for artists and audiences, by dramatically opening up the building to the street and community, and transforming the lobby into a public piazza for artists, students, and audiences. The Public is currently represented on Broadway by the Tony Award-winning acclaimed American musical Hamilton by Lin-Manuel Miranda and in spring 2017, Lynn Nottage’s acclaimed new play Sweat. The Public has received 59 Tony Awards, 168 Obie Awards, 53 Drama Desk Awards, 54 Lortel Awards, 32 Outer Critics Circle Awards, 13 New York Drama Critics Awards, and six Pulitzer Prizes. www.publictheater.org.

TWELFTH NIGHT will run at The Public Theater from Monday, April 24 through Sunday, May 14 in the LuEsther Theater, with an official press opening on Thursday, April 27.

In celebration of the 60th anniversary of the MOBILE UNIT, all tickets to the run at The Public are FREE. Free tickets will be available via TodayTix Lottery and in-person lottery at The Public Theater. On each performance date, free tickets are distributed via random mobile lottery on the TodayTix app. Download the TodayTix app to enter or visit publictheater.org for more information. On each performance date, a limited number of tickets for that night’s performance are distributed via an in-person lottery downtown at The Public Theater, 425 Lafayette Street at Astor Place. Entries will be accepted one and a half hours prior to curtain, and winners will be selected one hour prior to curtain for all performances.

The Library at The Public is open nightly for food and drink, beginning at 5:30 p.m., and Joe’s Pub at The Public continues to offer some of the best music in the city. For more information, visit www.publictheater.org.