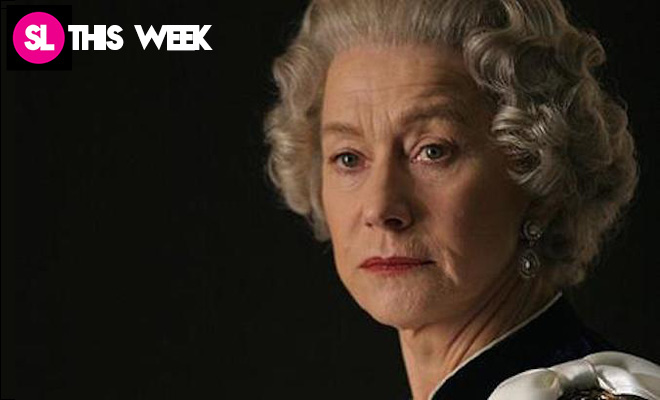 TOP TEN THEATRE STORIES YOU “NEED” TO KNOW THIS WEEK

This week we’ve got conjoined twins, more “Peter Pan” casting news, and one Broadway star with a $28 million offer. As always, Stagelight’s Top 10 is a must-read for any theater lover.

10. COMEDIAN LARRY DAVID TO MAKE HIS BROADWAY DEBUT THIS WINTER

Larry David – best known for his role in HBO’s Curb Your Enthusiasm and his writing on Seinfeld – will be bringing his new one-man show Fish in the Dark to Broadway this winter. David will play 15 different characters in the show, which will be directed by Anna D. Shapiro (August: Osage County). If Ms. Shapiro’s past stellar direction is any indication, Fish in the Dark is going to be a must-see. Producers announced this week that Tony Award winner Rob Ashford will direct a new Broadway revival of The Best Little Whorehouse in Texas. But don’t hold your breath to see it anytime soon. They also said the show will “open on Broadway in 2015”… which probably means LATE 2015… which probably means we’ve got more pressing theater news to discuss, such as…

This big-budget musical about fabled boxer Rocky Balboa will take its last bow this week. The final twenty minutes of this show are beyond exhilarating – get ready to be transported right to the famous match between Balboa and Apollo Creed. Last call for tickets!

Cinderella Laura Osnes and her prince Santino Fontana will star in this Monday’s one night presentation of The Music Man, at The Pershing Square Signature Center. Sorry, folks – if you don’t have your tickets yet, it’s probably too late. This show sold out in less than 24 hours. But keep your fingers crossed that this isn’t the last time we see Ms. Osnes do The Music Man in NYC… 6. SIDE SHOW MOVES FROM THE KENNEDY CENTER TO THE ST.JAMES

The story of the conjoined Hilton twins, Daisy and Violet, is finally getting the Broadway revival it deserves. After a short-lived run in 1997, this latest production will begin previews at the St. James on October 28. Tickets go on sale this week, so grab a pair (no pun intended) while you still can! And read more Stagelight Side Show coverage here! 5. CHRISTIAN BORLE IS ADDED TO THE CAST OF NBC’S LIVE VERSION OF PETER PAN

Tony Award winner and Smash star Christian Borle will double up roles in NBC’s live Peter Pan, playing both Mr. Darling and Smee. Borle is no stranger to live TV – he appeared in last year’s live Sound of Music – or to playing a pirate – his Tony win is for playing Black Stache (aka Hook) in Peter and the Starcatcher.

4. THE MOST STAR-STUDDED SHOW ON BROADWAY – LOVE LETTERS – ARRIVES THIS FALL

Carol Burnett, Candice Bergen, Martin Sheen, Anjelica Huston, Brian Dennehy, Alan Alda, and Mia Farrow. This two-person A.R. Gurney play will rotate through a long list of stars when it begins its Broadway run on September 18. With so many stars, you may just have to see it twice.

3. THE PUBLIC THEATRE’S FUN HOME FINDS A HOME ON THE GREAT WHITE WAY

Set to debut next year just in time for the Tony nominations, last year’s Public Theater treat Fun Home is a brilliant (but dark) new musical. Do we smell a Tony in the works…? With a new Sting musical, a musical based on Honeymoon in Vegas, and another based on Finding Neverland, this year may feature some stiff competition. The wonderful James Corden (One Man, Two Guvnors) has pulled out of the upcoming Broadway revival of A Funny Thing Happened on the Way to the Forum because, well, frankly he got a better offer. CBS has offered Corden $28 million to take over The Late Late Show when Craig Ferguson leaves. I guess we should’ve invested in James Corden stock – between The Late Late Show and the upcoming Into the Woods movie, Corden is soon to be a household name. Oscar winner Helen Mirren will be starring on Broadway in The Audience starting in February 2015. Who will she be portraying? Well, she’s giving ‘The Queen’ one more shot as she plays Elizabeth II once again. In her last two appearances on Broadway, Ms. Mirren was nominated for a Tony. Third time’s a charm?