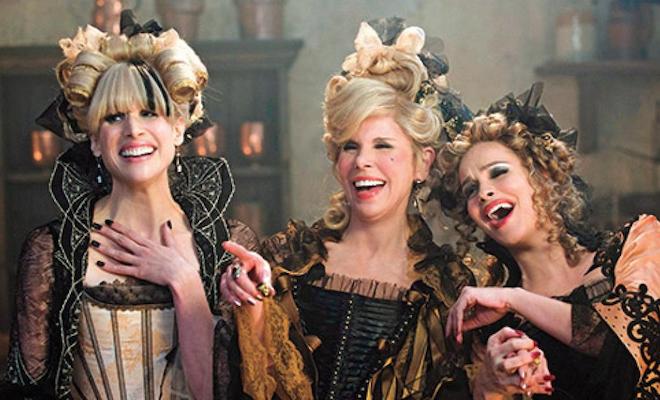 Top 10 Theater Stories You NEED to Know This Week
What magazine gave us a peek at Meryl in Into the Woods? Which famous film actress is making her Broadway debut? And which TV star is stepping into the role of Pippin? Find out all this and more in Stagelight’s Top 10 Theater Stories of the Week!

10. Major Barbara comes to the Pearl Tickets are now on sale for Bernard Shaw’s play Major Barbara at the Pearl Theatre Company. This classic comedy is one of Shaw’s most beloved plays, and this latest production starts performances November 4th at the Pearl’s 42nd Street space.

9. Into The Woods releases an extended trailer

This holiday season marks the arrival of the much-hyped Sondheim movie musical Into the Woods featuring Meryl Streep and Johnny Depp. This week, producers gave us a magical taste of what they have in store for us by releasing an extended trailer for the film. And as if that weren’t enough, every newsstand in New York currently has the cast of the film gracing the cover of Entertainment Weekly. Is it December yet?!? “I wish…” America Ferrara (otherwise known as TV’s Ugly Betty) is currently starring in the Off-Broadway revival of Lips Together, Teeth Apart at Second Stage. The show officially opens this Wednesday, and plays a limited run through the end of November. This Terrence McNally play was last slated to appear on Broadway in 2010 starring Megan Mullally, but was scrapped last minute for unknown reasons. The hit comedy Noises Off will be returning to Broadway next December starring Tony Award-winning actress Andrea Martin. This revival is being produced by Roundabout with Martin in the role of “Dotty” (made famous by Carol Burnett in the 1992 film version). Ms. Martin was most recently seen hanging upside-down in Broadway’s Pippin.

6. Sting sits down with James Lipton on Inside the Actors Studio Singer/songwriter Sting appeared on Inside the Actors Studio this past Thursday to discuss his long, successful career, and his new Broadway musical, The Last Ship. His show officially opened on Broadway Sunday night and is already creating quite a lot of Tony buzz. So whether you’re a musical theater nerd or a massive Police fan, Sting’s Actors Studio appearance is not to be missed! Roundabout Theatre announced this week that Keira Knightley will be appearing for the first time on the Great White Way next fall in a new adaptation of Therese Raquin. The play (based on the Emile Zola novel) marks the first production of Roundabout’s 50th season, and is slated to open in October 2015.
4. Hugh Jackman is back on Broadway In a departure from his singing and dancing days, Hugh Jackman returns to Broadway in a much more dramatic role in The River byJez Butterworth. Previews for the play start this Friday. And if Jackman’s previous Broadway appearances are any indication, this will be a difficult ticket to get – so head on over the box office now!
3. Star-studded Stoppard play opens Thursday The Real Thing by Tom Stoppard opens this Thursday at the American Airlines Theatre. This Roundabout Theatre Company revival features Ewan McGregor, Maggie Gyllenhaal, and Cynthia Nixon. Both previous Broadway productions of The Real Thing won the Tony Award for Best Play… could this be the third win?
2. Side Show begins previews Tuesday night marks the start of previews for the Broadway musical Side Show at the St. James Theatre. Following the story of conjoined twins Violet and Daisy Hilton (played by Erin Davie and Emily Padgett), this revival boasts a revamped script and several show-stopping numbers, including the famous duet “I Will Never Leave You”.
1. Voice winner Josh Kaufman is the next Pippin

Josh Kaufman – the winner of NBC’s The Voice – has landed the coveted role of “Pippin” in the Broadway revival, currently running at the Music Box Theatre. This will mark Kaufman’s Broadway debut as he steps into the title role this Friday. Kaufman proved a winner as part of Team Usher on The Voice, and we are sure he will give us more of the same as part of Team Pippin.
Related Items