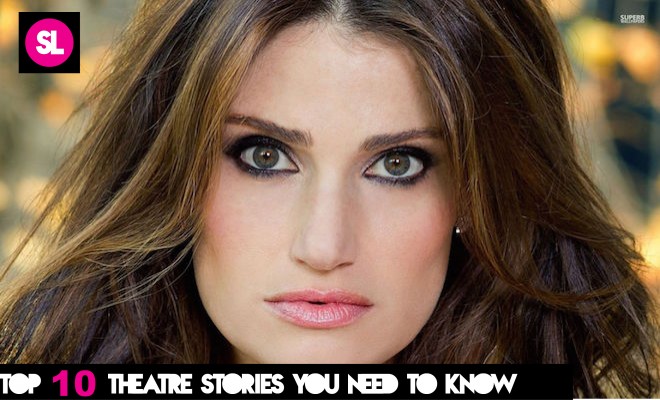 What 2016 political candidate is arriving Off-Broadway? Which Broadway star just landed a TV deal with Ellen? And what free Shakespeare shows are playing in Central Park this summer? Find out all this and more in Stagelight’s Top 10 Theater Stories of the Week! 7. Musical game show returns Off-Broadway
Back “by popular demand”, Tune in Time – a musical game show – is returning to the York Theatre Company. Three teams of composers and lyricists to write a new song from a “new Broadway musical” with a title selected by the audience. Let the competition and the comedy begin!

6. Mean Girls star makes Off-Broadway debut
Amanda Seyfried, star of the hit film Mean Girls, will make her official Off-Broadway debut in Neil LaBute’s The Way We Get By. Seyfried will star opposite Newsroom’s Thomas Sadoski. The play will run at Second Stage beginning in late April. 5. It’s Only a Play extends – again!
With ticket sales continuing to boom, producers announced this week that It’s Only a Play will extend through summer. The comedy currently stars Matthew Broderick and Martin Short, and is now scheduled to run through June 7. 4. Public Theatre announces Shakespeare in the Park season
Theater vet Sam Waterston will return to Central Park as “Prospero” in the Public Theatre’s upcoming production of The Tempest. Following The Tempest, audiences will be able to the catch the Public’s other free summer Shakespeare offering – Cymbeline. Further casting has yet to be announced. 1. AND Idina gets a TV deal from Ellen!
As if Idina Menzel wasn’t already having a great week, Ellen DeGeneres announced this week that she will producing a new TV comedy called Happy Time starring Idina Menzel. With the Super Bowl, the TV deal, “Let It Go” still on the Billboards, and If/Then still running on Broadway, it’s probably safe to say that Menzel is having a very good week.