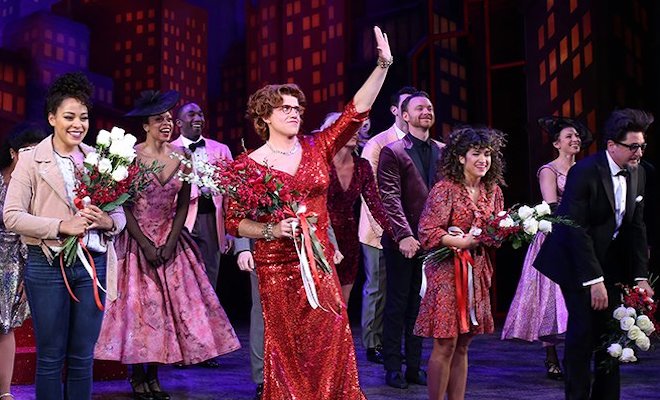 (New York, NY) – The new Broadway musical TOOTSIE will play its final performance on Sunday, January 5, 2020. Upon closing, the musical will have played 293 regular and 25 preview performances at the Marquis Theatre (210 W 46th St).

TOOTSIE will launch a North American Tour at Shea’s Buffalo Theater in Buffalo, New York, in October 2020.  Casting, exact dates and additional cities will be announced at a later date.

Additionally, plans for several international productions of TOOTSIE are underway. Exact timing for all will be announced in the coming months.

TOOTSIE tells the story of a talented but difficult actor who struggles to find work until one show-stopping act of desperation lands him the role of a lifetime – as the star of a new Broadway musical.

TOOTSIE is based on the story by Don McGuire and Larry Gelbart and the Columbia Pictures Motion Picture produced by Punch Productions and starring Dustin Hoffman.

Tickets for TOOTSIE are available at TootsieMusical.com, at www.Ticketmaster.com (877-250-2929) or at the Marquis Theatre Box Office (210 W 46thStreet).