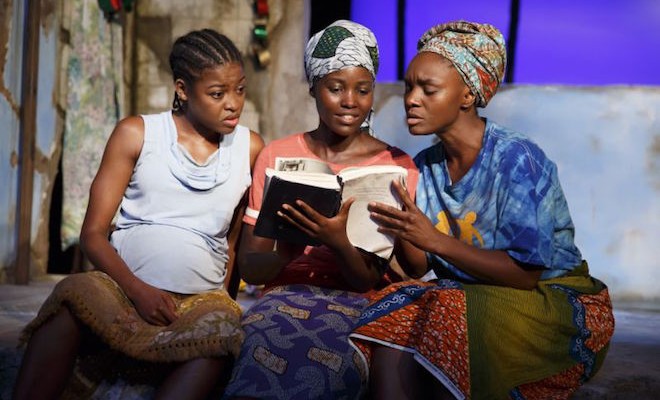 Tickets for “Eclipsed” Go On Sale

Tickets are available by visiting Telecharge.com.

This stunning, deeply moving new American play by award-winning Zimbabwean-American Playwright/Actress, Danai Gurira (co-author of In the Continuum and Michonne on AMC’s hit series “The Walking Dead”) features Academy Award winner Lupita Nyong’o (12 Years a Slave) returning to the stage. Amid the chaos of the Liberian Civil War, the captive wives of a rebel officer band together to form a fragile community – until the balance of their lives is upset by the arrival of a new girl. Drawing on
reserves of wit and compassion, Eclipsed reveals distinct women who must discover their own means of survival in this deeply felt portrait of women finding and testing their own strength in a hostile world of horrors not of their own making. South African born Liesl Tommy (Appropriate and The Public’s The Good Negro) directs this magnificent story of survival and resilience.

Complete cast, creative, and additional information for Eclipsed on Broadway will be announced shortly.

“Eclipsed pulls us into and holds us captive in a vivid world rendered with unflinching honesty, delicate poignancy and surprising humor.”
(David Rooney, Hollywood Reporter)