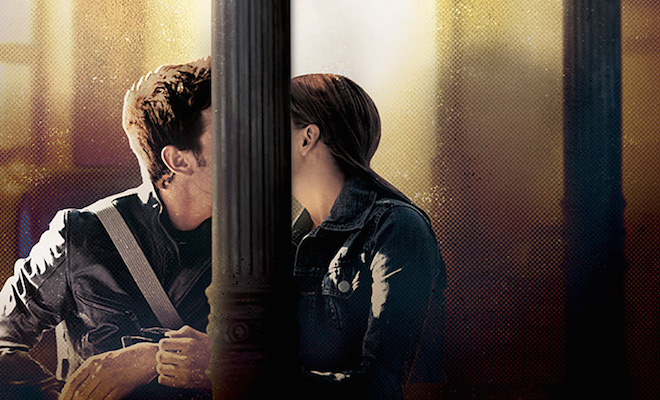 THE WAY WE GET BY

October 21, 2014 – Second Stage Theatre (Carole Rothman, Artistic Director) has announced the complete cast and director for its upcoming production of Neil LaBute’s world premiere drama, THE WAY WE GET BY.  The production will star Golden Globe nominee Tatiana Maslany, the critically-acclaimed star of the BBC America series Orphan Black, making her New York stage debut, and Tony Award nominee Thomas Sadoski, well known for his role on the HBO series, “The Newsroom,” as well as his Tony-nominated performance in LaBute’s reasons to be pretty.  The play will be directed by Leigh Silverman, who was nominated for a Tony Award last season for her direction of Violet.

Maslany and Sadoski star as Beth and Doug: two people who have no problems getting dates with their partners of choice. What they do have, however, is a very awkward encounter after spending one hot night together following a drunken wedding reception they attend. They wake up to a blurry morning where the rules of attraction, sex and society are waiting for them before their first cup of coffee, leading them to ponder how much they really know about each other and how much they really care about what other people think. A world premiere from one of our most provocative storytellers, THE WAY WE GET BY is a play about love and lust and the whole damn thing.

THE WAY WE GET BY will feature set design by Neil Patel, lighting design by Matthew Frey, and sound design by Jill BC Du Boff.  Costume design is TBD. Casting by Telsey + Co., Will Cantler.

TATIANA MASLANY stars in BBC America’s critically acclaimed series, “Orphan Black,” for which she received a Golden Globe nomination for Best Dramatic Actress, as well as two Critics’ Choice Television Awards for Best Dramatic Actress, the TCA Award for Individual Achievement in Drama, a Young Hollywood Award for breakthrough performance, and a Canadian Screen Award for Best Actress in a TV Drama.  She is currently filming the show’s third season.

She recently wrapped production on The Weinstein Company’s The Woman in Gold, starring alongside Helen Mirren and Ryan Reynolds, directed by Simon Curtis.  Chosen by the Globe and Mail as one of its “Rising Stars” at the 2012 Toronto International Film Festival, Maslany earned Best Performance awards from the Whistler International Film Festival and ACTRA for her role as the troubled, promiscuous teenager Claire in Picture Day.  Her starring role in Grown Up Movie Star opposite Shawn Doyle earned the Special Jury Prize for Breakout Star at the 2010 Sundance Festival, as well as a Genie nomination.  Other feature film credits include Cas and Dylan opposite Richard Dreyfuss; The Vow opposite Rachel McAdams and Channing Tatum; Geoffrey Fletcher’s directorial debut, Violet and Daisy, opposite Saoirse Ronan and Alexis Bledel; and a lead in Sean Garrity’s improvisational feature Blood Pressure opposite Jake Epstein.  Maslany’s numerous television credits include the Tandem and Scott Free production, “World Without End,” based on the novel by Ken Follett; a Gemini-nominated performance as the Virgin Mary in the BBC/CBC co-production “Nativity;” Gemini-winning roles in “Flashpoint” for CBS and CTV; and “Bloodletting and Miraculous Cures” for TMN.  She was also recently seen in a two-episode arc of NBC’s hit show, “Parks and Recreation.”   She has appeared on stage in Toronto in The Secret Garden, George Dandin, A Christmas Carol (all at the Globe Theatre), and Dog Sees God (Six Degrees Theatre).  The Way We Get By will mark her New York stage debut.

THOMAS SADOSKI stars as Don Keefer on HBO’s Golden Globe-nominated Aaron Sorkin series, “The Newsroom,” which will air its final season beginning this November. He can next be seen in the film adaptation of the New York Times best-seller Wild, directed by Jean-Marc Vallee (Dallas Buyers Club) and starring Reese Witherspoon, which will be released on December 5th. That same day his film, Take Care, opposite Leslie Bibb, written and directed by Liz Tuccillo, will be released. Thomas recently completed filming I Smile Back opposite Sarah Silverman and Josh Charles and he is currently filming Jon Robin Baitz’s NBC miniseries adaptation of “The Slap,” opposite Zachary Quinto, Peter Sarsgaard and Mary-Louise Parker.

The Way We Get By will be his sixth collaboration with Second Stage Theatre, previously appearing in Becky Shaw (Lortel nomination), Reckless (on Broadway opposite Mary-Louise Parker), Gemini, All This Intimacy, and This Is Our Youth (opposite Mark Ruffalo).  Sadoski was nominated for a Leading Actor Tony Award, Drama Desk, Outer Critics Circle and Drama League Award for originating the role of Greg in Neil LaBute’s reasons to be pretty. He was most recently seen on Broadway in the smash hit Other Desert Cities (playwright Jon Robin Baitz, director Joe Mantello) for which he was awarded an Obie and Lortel Award for the original Lincoln Center run. Other Broadway credits include The House of Blue Leaves (opposite Ben Stiller and Edie Falco, dir. David Cromer). His many Off-Broadway credits include Sam Mendes’ Bridge Project productions of As You Like It as Touchstone and The Tempest as Stefano (co-produced by BAM and The Old Vic with a seven-country international tour), Stay, Where We’re Born, The Mistakes Madeline Made, Jump/Cut, and The General From America.  Additionally, Sadoski’s highly praised version of David Sedaris’ one-man show Santaland Diaries has been produced twice by the Long Wharf Theatre and he has starred in five productions at the acclaimed Williamstown Theatre Festival.  In Los Angeles, Thomas starred in the world premiere of Michael Golamco’s Build at the Geffen Playhouse.

NEIL LaBUTE burst onto the filmmaking scene at the 1997 Sundance Film Festival with his feature debut, In the Company of Men.  The film went on to win the Filmmaker Trophy at the festival, as well as the New York Film Critics Circle Award for Best First Feature.  In addition to Sundance, it screened at the Cannes, Edinburgh, and Deauville Film Festivals and won two Independent Spirit Awards.  Following on the success of In the Company of Men, LaBute continued to push boundaries on screen and stage and has established himself as both a leading playwright and film writer/director.  LaBute’s plays have been Tony and Olivier Award nominated and staged throughout the world.  They include bash: latter-day plays, The Shape of Things, The Mercy Seat, The Distance From Here, Autobahn, Fat Pig, Some Girl(s), This Is How It Goes, Wrecks, Filthy Talk for Troubled Times, In a Dark Dark House, reasons to be pretty (Tony Award nomination for Best Play), The Break of Noon, In A Forest, Dark And Deep, Reasons to Be Happy and The Money Shot.  LaBute is also the author of Seconds of Pleasure, a collection of short fiction which was published by Grove Atlantic.  Among his films are Your Friends and Neighbors, Nurse Betty, The Shape of Things, Lakeview Terrace, Some Velvet Morning and the short films sexting and BFF.  His most recent feature film is Dirty Weekend, starring Matthew Broderick and Alice Eve.

Season subscriptions, which also include the current production of Terrence McNally’s Lips Together, Teeth Apart, this winter’s production of Stephen Adly Guirgis’ Between Riverside and Crazy, and a fourth summer production, are available by phoning 212-246-4422 or online at www.2ST.com.

In 1999, Second Stage Theatre opened its state-of-the-art, 296-seat theatre at 43rd Street, designed by renowned Dutch architect Rem Koolhaas. The Second Stage Theatre Uptown series was inaugurated in 2002 to showcase the work of emerging artists at the McGinn/Cazale Theatre at 76th Street, including The Mystery Plays by Roberto Aguirre-Sacasa, Spanish Girl by Hunt Holman, The Triple Happiness by Brooke Berman, Swimming in the Shallows by Adam Bock, Animals Out of Paper by Rajiv Joseph, Bachelorette by Leslye Headland, Warrior Class by Kenneth Lin, and Murder For Two by Joe Kinosian and Kellen Blair. The Theatre supports artists through several programs that include residencies, fellowships and commissions, and engages students and community members through education and outreach programs.

Second Stage Theatre has acquired the right to purchase the historic Helen Hayes Theatre, located at 240 W. 44th Street.  With this new home, Second Stage will be the only theatre company on Broadway dedicated exclusively to the development and presentation of contemporary American theatrical productions.  Second Stage will also become one of only four non-profit theatre companies that own and operate theatres on Broadway.  The company will continue to lease and operate their original theatres on the city’s Upper West Side and in Midtown Manhattan.