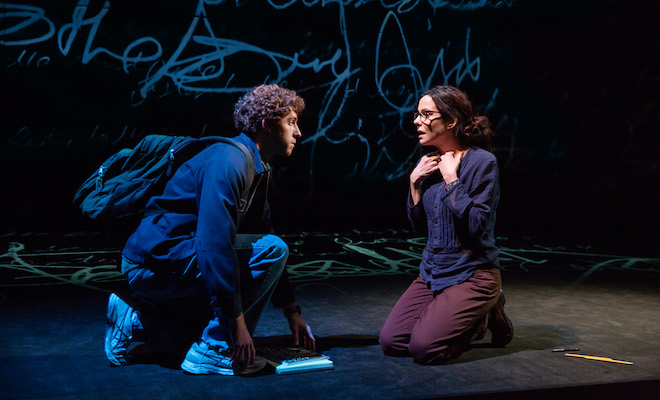 (New York, New York) After opening to rave reviews and enjoying an acclaimed run on Broadway, THE SOUND INSIDE begins its final four weeks of the strict limited run through January 12, 2020 at Studio 54 (254 West 54th Street).

A brilliant Ivy League writing professor. A talented yet mysterious student. An unthinkable favor. Everyone has a story—the question is how it ends. THE SOUND INSIDE is a riveting new American play. 90 minutes – no intermission.

TICKET INFORMATION
Tickets for THE SOUND INSIDE range from $49 – $169 and are available at www.telecharge.com or the Studio 54 Box Office. Tickets are also available through Audience Rewards® (www.AudienceRewards.com), The Official Rewards Program of Broadway & the Arts™. A limited number $35 mobile rush tickets are available through Today Tix (https://www.todaytix.com/x/nyc/shows/17515-the-sound-inside). THE SOUND INSIDE plays Tuesday-Thursday evenings at 7pm, Friday and Saturday evenings at 8pm, Wednesday and Saturdays at 2pm and Sunday at 3pm.

Though it is being performed at Studio 54, THE SOUND INSIDE is not a Roundabout Theatre Company production.