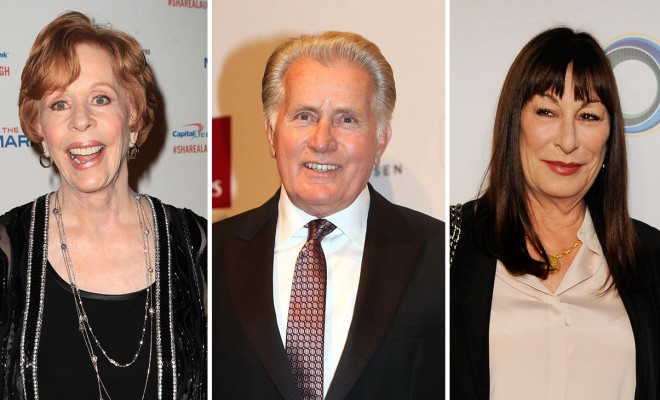 THE MOST STAR – STUDDED SHOW ON BROADWAY

Carol Burnett is back on Broadway – and she’s not alone! She’s brought a whole bunch of her famous friends along with her…

Break out the pen and paper – it’s time for Love Letters.  But you won’t need to write any of your own.  You can save that pen and paper for the stage door afterwards, as you await an autograph from one of a dozen different celebrities set to star in the play this fall.

Coming to Broadway this September, Love Letters will feature a rotating cast of A-List actors.  The production will officially open with Mia Farrow and Brian Dennehy on September 18.  The cast will then cycle through some of the most exciting stage and screen performers:  Carol Burnett, Candice Bergen, Alan Alda, Martin Sheen, Anjelica Huston, and Stacy Keach.  There are currently plans to keep the cast rotating every few weeks through the beginning of February 2015.  The upcoming production will be directed by Gregory Mosher.

Written by A.R. Gurney, Love Letters follows the story of Melissa and Andrew, friends who have been writing each other letters for over fifty years.  While the show is extremely funny, it is also heartbreaking as the characters face the reality of their dreams and disappointments.

The only downside to that much star power cycling through the dressing rooms at the Nederlander Theatre this fall:  how do you decide which cast to see?  Maybe you don’t have to choose – why not see them all?  Tickets for Love Letters are on sale now.