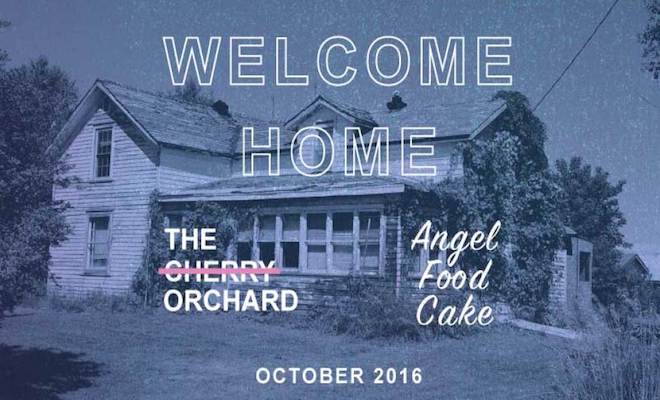 Limited engagement through December 4, 2016 on Broadway at the American Airlines Theatre

The acting company has a unique history with Chekhov: Diane Lane made her Broadway debut as a child, in the 1977 revival of The Cherry Orchard and, also in 1977, Joel Grey played Platonov (Chekhov’s first play) at the Williamstown Theatre Festival.

The Cherry Orchard began preview performances on September 15, 2016, and opens officially on Sunday, October 16, 2016. This is a limited engagement through December 4, 2016 on Broadway at the American Airlines Theatre (227 West 42nd Street).

The Cherry Orchard is Anton Chekhov’s masterpiece about a family on the edge of ruin—and a country on the brink of revolution. The story of Lyubov Ranevskaya (Lane) and her family’s return to their fabled orchard to forestall its foreclosure, the play captures a people—and a world—in transition, and presents us with a picture of humanity in all its glorious folly. By turns tragic and funny, The Cherry Orchard still stands as one of the great plays of the modern era. First produced in Moscow in 1904, Roundabout’s new adaptation promises to
breathe fresh life into this towering tale.

Roundabout Theatre Company welcomes back playwright Stephen Karam on the heels of his enormously successful and Tony Award-winning play, The Humans, currently playing on Broadway. The Humans was Karam’s second play commissioned by Roundabout Theatre Company, and follows his wildly acclaimed debut Speech & Debate (2007) and the Pulitzer Prize finalist Sons of the Prophet (his first Roundabout commission; 2011).

TICKET INFORMATION:
The Cherry Orchard tickets are available by calling 212.719.1300, online at roundabouttheatre.org, and in person at any Roundabout box office: American Airlines Theatre (227 West 42nd Street); Studio 54 (254 West 54th Street) and The Harold and Miriam Steinberg Center for Theatre (111 W 46th Street). Single tickets for The Cherry Orchard range in price from $57-$142.