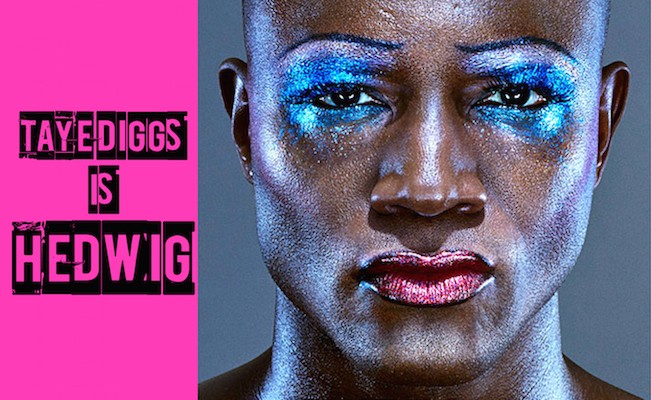 Break out your heels and your wig! Hedwig and the Angry Inch’s next star is… Taye Diggs!

Taye Diggs will officially step into the heels on July 22, making him the sixth Hedwig in the run of this smash-hit revival. Diggs is no stranger to the Broadway stage having previously appeared in Carousel, Rent, Chicago, and Wicked. He is also known as formerly being part of one of musical theater’s most famous power couples, having new married to Idina Menzel (although the couple is currently separated.) Diggs boasts quite the list of onscreen credits as well. He was a series regular in Private Practice and appeared in the film versions of Rent and Chicago.

Taye Diggs is a much-welcome addition to the Hedwig family and will likely help to continue their long run of box office success. Hedwig and the Angry Inch currently stars Darren Criss as the title character Hedwig. Criss took over for John Cameron Mitchell, who played Hedwig after Neil Patrick Harris, Andrew Rannells, and Michael C. Hall left the production.

Diggs will play Hedwig, a transgender rock star, with over-the-top make-up, fabulous wigs, killer dance moves, and a rock voice that brings down the house.

Wildly entertaining and wonderfully moving, Hedwig and the Angry Inch is the must-see musical of the summer. Taye Diggs will be a welcome and unique addition to the Hedwig family, and we can’t wait to see his performance.