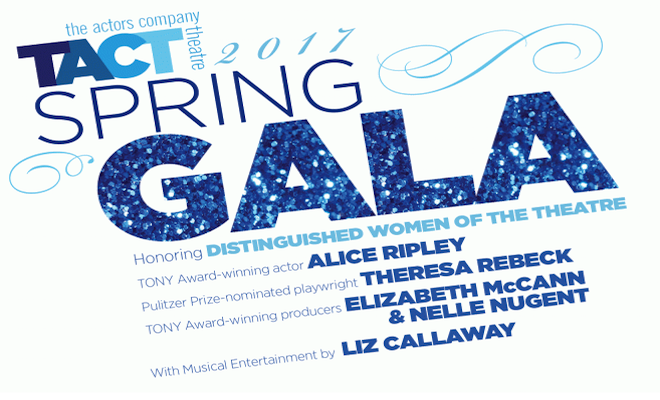 This year’s honorees are:
• ALICE RIPLEY, an accomplished performer from stage and screen, just wrapped season one of the new Netflix original comedy “Girlboss.” She earned critical acclaim and won the Tony Award for Best Actress in a Musical and the Helen Hayes Award for her work as Diana in the Pulitzer Prize-winning rock opera Next to Normal. She also received Tony and Drama Desk Award nominations for her work as conjoined twin Violet Hilton in Side Show. As part of the original Broadway casts, Ripley created the roles of Janet in The Rocky Horror Show, Molly Ivors in James Joyce’s The Dead, Betty Schaefer in Sunset Boulevard, the Specialist’s Assistant in The Who’s Tommy, and Bathsheba in King David, as well as having a long stay at the Imperial Theatre as Fantine in Les Miserables. Ripley also starred in a variety of screen projects including featured performances on “30 Rock,” “Blue Bloods,” “Hee Haw” and “Royal Pains.” Her other film projects include Sing Along, Isn’t It Delicious, The Adulterer, Bear With Us, Temptation and Muckland. Ripley is an accomplished musician and has written and produced her own music including Alice Ripley Daily Practice Vol 1 (2011), Everything’s Fine (2001), Outtasite (2006), and RIPLEY EP (2003), as well as numerous Broadway cast and compilation albums.

• THERESA REBECK is a widely produced playwright throughout the United States and abroad. New York productions of her work include Dead Accounts, Seminar, and Mauritius on Broadway; The Scene, The Water’s Edge, Loose Knit, The Family of Mann and Spike Heels, Second Stage; Bad Dates, The Butterfly Collection and Our House, Playwrights Horizons; The Understudy, Roundabout Theatre; and View of the Dome, New York Theatre Workshop. Omnium Gatherum (co-written, finalist for the Pulitzer Prize in 2003) was featured at the Humana Festival, and had a commercial run at the Variety Arts Theatre. Her newest work, Poor Behavior premiered at the Mark Taper Forum in Los Angeles in 2011. Ms. Rebeck has written for “Dream On,” “Brooklyn Bridge,” “L.A. Law,” “American Dreamer,” “Maximum Bob,” “First Wave,” and “Third Watch.” She was the creator of the NBC drama “Smash.” Her produced feature films include Harriet the Spy, Gossip, and the independent features Sunday on the Rocks and Seducing Charlie Barker, an adaptation of her play, The Scene. Awards include the Mystery Writers of America’s Edgar Award, the Writer’s Guild of America award for Episodic Drama, the Hispanic Images Imagen Award, and the Peabody, all for her work on “NYPD Blue.” She has won the National Theatre Conference Award (for The Family of Mann), and was awarded the William Inge New Voices Playwriting Award in 2003 for The Bells. Mauritius was originally produced at Boston’s Huntington Theatre, where it received the 2007 IRNE Award for Best New Play as well as the Elliot Norton Award. Other awards include the PEN/Laura Pels International Foundation Award, the Athena Film Festival Award, an Alex Award, a Lilly Award and in 2011 she was named one of the 150 Fearless Women in the World by Newsweek.

• NELLE NUGENT has won multiple awards for her work as a producer for theatre, film and television. Her impressive list of theatre credits alone includes some of the most successful plays on Broadway, including such Tony Award winners and nominees as Amadeus, The Life and Times of Nicholas Nickleby, The Dresser, Home, Mass Appeal, The Gin Game starring Jessica Tandy and Hume Cronyn and The Glass Menagerie (also starring Jessica Tandy), Time Stands Still, Stick Fly, The Trip to Bountiful and, most recently, Love Letters, starring in rotating casts Alan Alda, Candice Bergen, Carol Burnett, Brian Dennehy and Mia Farrow. One of Nugent’s proudest accomplishments during this period was bringing the famed Negro Ensemble Company to Broadway, first with The River Niger by Douglas Turner Ward, which won the Tony for Best Play, and later with Leslie Lee’s poignant First Breeze of Summer, which was nominated for the Best Play Tony Award, and, later, Home, by Samm-Art Williams. It, too, was nominated for a Tony award.

“Through their hard work, dedication, determination and unique talents, each of these women has made important, enduring contributions to our field while rising to the top of their professions. With tremendous admiration and praise, we thank them for all they have done to touch our hearts as well as those of countless theatergoers,” said Mr. Evans.

TACT is a company of theatre artists that reveals, reclaims, and re-imagines great plays of literary merit, creating an intimate theatre experience for its audience by focusing on the text and the actor’s ability to bring it to life. From the beginning, TACT made its reputation with its Concert Performance productions: fully rehearsed presentations stripped down to their essence. Staged in TACT’s intimate studio space, these performances (currently known as the Salon Series) feature simple staging, costuming, and lighting, refocusing the emphasis of the drama away from spectacle and production and back to the words and the actor – creating theatre in its purest form. This style grew out of the belief that the true magic of theatre lies in the special connection between the artist, the work of art, and the fully engaged audience. TACT is a resident company of NYC’s famed Theatre Row and produces Mainstage Off-Broadway productions there in the Beckett Theatre. In addition, TACT presents the Salon Series in studio space at 900 Broadway. Both spaces allow audiences to enjoy an up-close and personal experience with both the play and the artists.

For more information about all of TACT’s programming, visit TACT on the web at tactnyc.org.