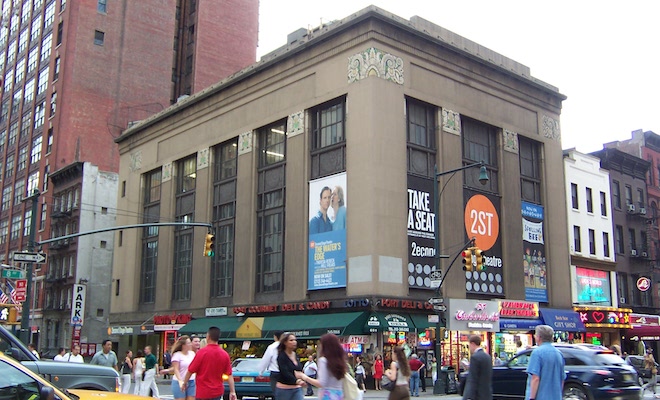 Composer/lyricist PETER MILLS’ many musicals have been performed at several New York City venues, including 59E59 and West End Theatre.  His musicals include Illyria, Golden Boy of the Blue Ridge, The Flood, and The Taxi Cabaret. He has supplied lyrics for the critically acclaimed Off-Broadway show Iron Curtain (book by Susan DiLallo, music by Stephen Weiner), which ran in November of 2011. He co-wrote The Flood with Carla Reichel, which was selected for the 2001 ASCAP Musical Theatre Workshop. His show, Marco Polo, written with composer Deborah Abramson, was selected for the ASCAP Musical Theatre Workshop in 2000, and both Peter and Deborah were chosen as 2000-01 Dramatist Guild Fellows. Peter holds an M.F.A. in Musical Theater Writing from New York University’s Tisch School of the Arts and a degree in English/Dramatic Literature from Princeton University.  He is a founding member of Prospect Theater Company.

In addition to the Donna Perret Rosen Award, Peter is the recipient of the 2011 Cole Porter Award, the 2010 Kleban Award for lyrics, the 2007 Fred Ebb Award for emerging songwriters, a 2006 Drama Desk nomination for his show The Pursuit of Persephone (Best Music and Best Orchestrations), the 2003 Richard Rodgers New Horizons Award from the ASCAP Foundation, and a 2002 grant from the Jonathan Larson Performing Arts Foundation.

Currently, Peter is writing lyrics for the Broadway-bound musical The Honeymooners.

Second Stage Theatre Trustee DONNA PERRET ROSEN is a life-long advocate for music and art and has been on the Board of Second Stage Theatre since 2003.  For 23 years, Donna was the director of New Orleans’ legendary Galerie Simonne Stern.  In addition to Second Stage Theatre, Donna is a Trustee of the Whitney Museum of American Art, Vice-Chairman of the American Friends of the British Museum, Vice-President of the Venetian Heritage Society, and on the Advisory Committee to the New Orleans Museum of Art.  Ms. Perret Rosen was honored at Second Stage Theatre’s 2011 gala, which raised over $1 million dollars for the not-for-profit company.

Second Stage Theatre has acquired the right to purchase the historic Helen Hayes Theatre, located at 240 W. 44th Street.  With this new home, Second Stage will be the only theatre company on Broadway dedicated exclusively to the development and presentation of contemporary American theatrical productions.  Second Stage will also become one of only four non-profit theatre companies that own and operate theatres on Broadway.  The company will continue to lease and operate their original theatres on the city’s Upper WestSide and in Midtown Manhattan.

In 1999, Second Stage Theatre opened its state-of-the-art, 296-seat theatre at 43rd Street, designed by renowned Dutch architect Rem Koolhaas. The Second Stage Theatre Uptown series was inaugurated in 2002 to showcase the work of emerging artists at the McGinn/Cazale Theatre at 76th Street, including The Mystery Plays by Roberto Aguirre-Sacasa, Spanish Girl by Hunt Holman, The Triple Happiness by Brooke Berman, Swimming in the Shallows by Adam Bock, Animals Out of Paper by Rajiv Joseph, Bachelorette by Leslye Headland, and Warrior Class by Kenneth Lin. The Theatre supports artists through several programs that include residencies, fellowships and commissions, and engages students and community members through education and outreach programs. For subscriptions, tickets and more information, visit www.2ST.com.