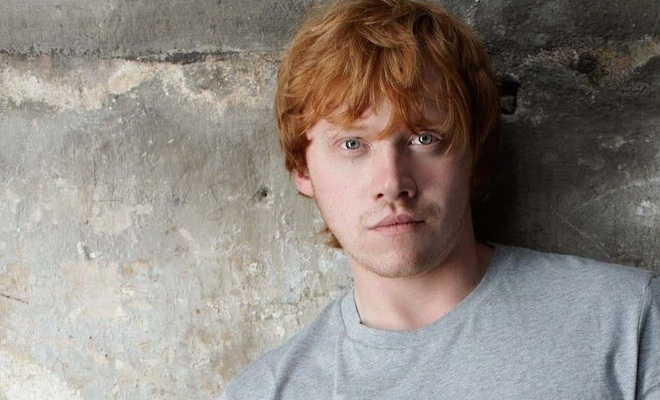 RUPERT GRINT JOINS CAST OF “IT’S ONLY A PLAY”

In a brief statement, Rupert Grint said, “I’m thrilled to be making my Broadway debut alongside this amazing cast and creative team.”

Tickets are available by visiting Telecharge.com. For groups of 20 or more, call 855-329-2932. Tickets will be available at the Schoenfeld Box Office (236 West 45th Street) starting July 31. For more information, visit www.ItsOnlyAPlay.com.

In It’s Only a Play, it’s opening night of Peter Austin’s (Matthew Broderick) new play as he anxiously awaits to see if his show is a hit. With his career on the line, he shares his big First Night with his best friend, a television star (Nathan Lane), his fledgling producer (Megan Mullally), his erratic leading lady (Stockard Channing), his wunderkind director (Rupert Grint), an infamous drama critic (F. Murray Abraham), and a fresh-off-the-bus coat check attendant (Micah Stock) on his first night in Manhattan. It’s alternately raucous, ridiculous and tender — and proves that sometimes the biggest laughs happen offstage.

Mr. McNally—a four-time Tony® Award winning playwright—recently celebrated the premiere of his 20th Broadway production, Mothers and Sons, which marks his 50th year on Broadway.  Mothers and Sons was nominated for Best Play at the 2014 Tony® Awards, and currently plays through June 22, 2014 at the Golden Theatre.

RUPERT GRINT showed an interest in acting from an early age, appearing in productions put on by his school and local theatre group. 2001 saw Rupert make his professional acting debut when he won the role of Ron Weasley in the adaptation of J.K.Rowlings’ popular book Harry Potter and the Philosopher’s Stone. This performance gained Rupert three nominations, two of which he won; one for Special Achievement and the other the Young Actor’s Award. Following his success in the first Harry Potter film, Rupert starred as a young madcap professor in Thunderpants (2002) alongside Simon Callow, Stephen Fry and Paul Giamatti. Rupert then returned to his acclaimed role of Ron Weasley in the adaptations of Harry Potter and the Chamber of Secrets (2002), Harry Potter and the Prisoner of Azkaban (2004), Harry Potter and the Goblet of Fire (2005), and Harry Potter and the Order of the Phoenix (2007). Rupert’s return to the role of Ron landed him more award nominations and leading film magazine Empire presented Rupert and his co-stars, Daniel Radcliffe and Emma Watson, with the prestigious Outstanding Contribution Award in recognition of their performances in all of the Harry Potter films. In between Harry Potter films, Rupert focused on expanding his acting to other roles, appearing as the voice of Peter Pan in BBC documentary Happy Birthday, Peter Pan (2005) with an all-star cast including Johnny Depp, Dustin Hoffman and Cat Deeley. Rupert also starred in films Driving Lessons (2006), which went on to win 3 of 5 award nominations, and the independent British film Cherrybomb (2009) which screened to critical acclaim at film festivals in the UK and Europe.  Rupert then went on to star in the UK comedy Wild Target which was also released in the USA in October 2010. Rupert was excitedly nominated for ‘Performance of the year’ at the 2010 National Movie Awards and in the same year it was widely reported that Martin Scorsese, the legendary movie-maker said of Rupert “I thought he (Grint) was a great actor in the Harry Potter movies. In a lot of scenes, the boy stole the show.” In 2010 Rupert finished filming the final two parts of Harry Potter and the Deathly Hallows. Part 1 was released in November 2010 with part 2 out July 2011. 2011 also saw Rupert complete filming Cross of Honour in Norway, where he played the joint lead alongside David Kross and Lars Eidinger. This was  released in the UK in October 2012.  2013 will then see Rupert star as Cheetah Chrome in CBGB (October) followed by The Necessary Death of Charlie Countryman (November) where he stars opposite Shia LeBeouf. In October 2013, Rupert made his West End Debut in the highly antipicated revival of Jez Butterworth’s MOJO. He starred as Sweets, alongside Daniel Mays, Ben Whishaw, Colin Morgan, Brendan Coyle and Tom Rhys Harries. The role earned him a What’s On Stage Award for Best Newcomer.