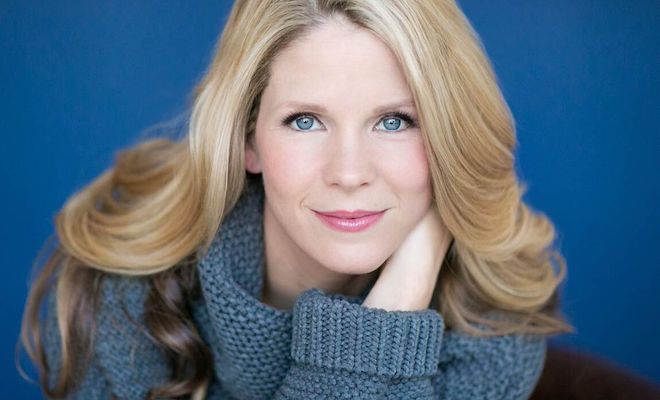 Tickets are now on sale for Roundabout Theatre Company’s (Todd Haimes, Artistic Director/CEO) one-night only Benefit Concert Reading of Kiss Me, Kate by Sam and Bella Spewak with music and lyrics by Cole Porter, starring Kelli O’Hara and Will Chase. Roundabout’s Associate Artistic Director Scott Ellis will direct this one-night only special event.

Proceeds from the Benefit Concert Reading of Kiss Me, Kate support Roundabout Theatre Company’s many programs and initiatives, including the Musical Theatre Fund, which has allowed Roundabout to produce acclaimed musicals such as She Loves Me, Company, Nine, The Pajama Game, Sunday in the Park with George, Anything Goes, On the Twentieth Century, Into the Woods, The Robber Bridegroom and this season’s Holiday Inn, The New Irving Berlin Musical.

The reading brings back Roundabout alum and Tony winner Kelli O’Hara, who was nominated for her role in the 2006 revival of The Pajama Game opposite Harry Connick, Jr. She also participated in a Benefit Concert reading of She Loves Me in 2011 directed by Scott Ellis. Fellow alum, Will Chase, also returns to Roundabout after his Tony-nominated turn in 2012’s The Mystery of Edwin Drood.

In Cole Porter’s sparkling 1948 musical, the warring lovers of The Taming of the Shrew are causing trouble both onstage and off. While putting on a musical version of Shakespeare’s play, exes Lilli Vanessi (O’Hara) and Fred Graham (Chase) can’t decide if they’re enraged, enamored, or enormously confused whenever they cross paths out of character. Throw in some mistaken identity, a pair of surprisingly eloquent gangsters, and a whole lot of romantic entanglements, and what you get is Kiss Me, Kate – a dazzling classic that earned the first-ever Tony Award for Best Musical.

VIP, Benefactor and Producer tickets include admission to an exclusive cast party following the performance. The evening is co-chaired by Roundabout Board members Michael T. Cohen, Colliers International LLC and Roxanne and Scott Bok, along with Leadership Council members Patrick Crosetto and Paula Dominick. The evening is also made possible by Benefit Underwriters Tom and Kitty Patterson Kempner and Tom and Diane Tuft.

Additional cast members and creative team will be announced soon.

Underwriter Package at $100,000 ($97,060 tax-deductible) – Includes ten premium house seats in center orchestra; listing as an Underwriter on all posters, programs and press materials below show title; invitation to exclusive pre-show cast and crew dinner for all ten guests; reserved seating at post-show cast party; a complimentary cocktail at intermission.

Gold Sponsor Package at $50,000 ($47,640 tax-deductible) – Includes eight premium house seats in center orchestra; listing as an Underwriter on all posters, programs and press materials below show title; invitation to exclusive pre-show cast and crew dinner for all eight guests; reserved seating at post-show cast party; a complimentary cocktail at intermission.

Silver Sponsor Package at $25,000 ($23,220 tax-deductible) – Includes six premium house seats in center orchestra; listing as an Underwriter on all posters, programs and press materials below show title; invitation to exclusive pre-show cast and crew dinner for all six guests; reserved seating at post-show cast party; a complimentary cocktail at intermission; a limited edition; framed show poster signed by the company.

Premium Ticket(s) at $500 ($340 tax-deductible) – Includes orchestra or front mezzanine seat and a complimentary cocktail at intermission.

To purchase tickets at the VIP level and above, or to learn more about Underwriter Packages, please contact Natalie Rohr at 212-719-9393 ext. 369; natalier@roundabouttheatre.org.

Select orchestra and mezzanine tickets ($150-$500) are available to the general public by calling Roundabout Audience Services at (212) 719-1300 or online at roundabouttheatre.org/kissmekate

BIOS:
KELLI O’HARA (Lilli Vanessi). At the 2015 Tony’s, Kelli secured her first award (and 6th nomination) for her portrayal of Anna Leonowens in Lincoln Center Theater’s revival of The King and I. Kelli’s first nomination was for Best Featured Actress in a Musical for the 2005 production of The Light in the Piazza. Her subsequent nominations were for The Pajama Game (2006), South Pacific (2008), Nice Work If You Can Get It (2012) and The Bridges of Madison County (2014). She made her Broadway debut in Jekyll & Hyde and followed it with Sondheim’s Follies and the 2002 Sweet Smell of Success opposite John Lithgow. Among her film and television credits are Sex & The City 2, Martin Scorsese’s short The Key to Reserva opposite Simon Baker; The Dying Gaul, “Blue Bloods” and “NUMB3RS.” She has also released two solo albums including Always & Wonder in the World.

WILL CHASE (Fred Graham) recently starred as Luke Wheeler on the ABC drama “Nashville.” On stage he currently stars as William Shakespeare in “Something Rotten” on Broadway, and before that he had most recently been featured as John Jasper in the Broadway revival of The Mystery of Edwin Drood (Tony, Outer Critics Nominations). Other Television includes Detective Doug Young on “The Good Wife,” Michael Swift on NBC’s “Smash,” “Necessary Roughness,” “Rescue Me,” “Pan Am,” “Unforgettable,” “White Collar,” “Royal Pains,” “Blue Bloods,” “Law & Order: Criminal Intent,” “Cupid,” “Conviction,” “Third Watch,” “One Life To Live,” “Guiding Light,” “All My Children” and “As The World Turns.” Best known for his work on stage, he has starred on Broadway in Nice Work If You Can Get It, Rent, Miss Saigon, The Full Monty, Aida, Lennon, High Fidelity, The Story of My Life and Billy Elliot. He was also seen at New York City Center Encores! in Bells Are Ringing and Pipe Dream. Film includes Butterflies of Bill Baker, Four Single Fathers, Shaft and Rent: Filmed Live on Broadway. Recordings include the original Broadway Cast recordings of The Mystery Of Edwin Drood, High Fidelity and The Story Of My Life, A Little Princess: Studio Cast Recording, Love On A Summer Afternoon: Songs of Sam Davis, This Ordinary Thursday: The Songs of Georgia Stitt, and Thirteen Stories Down: Songs of Jonathan Reid Gealt. He trained at the Oberlin Conservatory of Music where he studied conducting with Atlanta Symphony’s Robert Spano and earned a Bachelor of Music Degree in percussion. Will has two daughters, Daisy and Gracie, and resides in New York City.