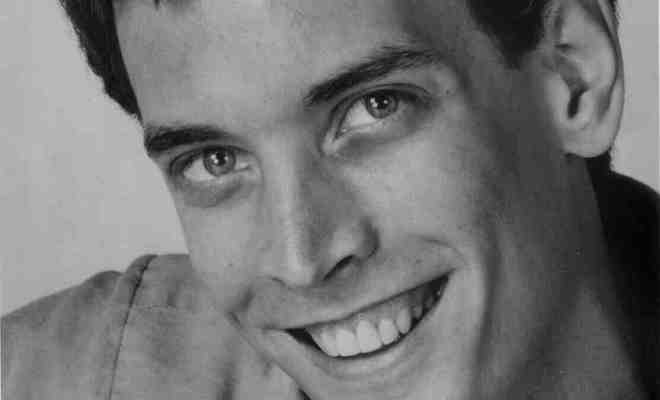 Announces the
Broadway premiere of the widely acclaimed comedy

Marvin’s Room will begin preview performances on June 8, 2017 and opens officially on June 29, 2017. This is a limited engagement through August 27, 2017 at the American Airlines Theatre on Broadway (227 West 42nd Street).

The award-winning Marvin’s Room, is a wildly funny play about the laughter that can shine through life’s darkest moments. Estranged sisters Lee and Bessie have never seen eye to eye. Lee is a single mother who’s been busy raising her troubled teenage son, Hank. Bessie’s got her hands full with their elderly father and his soap opera-obsessed sister. When Bessie is diagnosed with leukemia, the two women reunite for the first time in 18 years. Are Lee’s good intentions and wig-styling skills enough to make up for her long absence? Can Bessie help Hank finally feel at home somewhere… or at least keep him from burning her house down? Can these almost-strangers become a family in time to make plans, make amends, and maybe make a trip to Disney World? Exploring an unsentimental reality with hope, compassion and a dose of wonderfully absurd humor, Marvin’s Room is a life-affirming reminder of the gift we give ourselves when we love unconditionally.

The cast and design team will be announced soon.

TICKET INFORMATION:
Tickets for Marvin’s Room are first made available to subscribers and donors. Whether you are interested in the best value or VIP experiences, Roundabout has a package option for you. Visit roundabouttheatre.org or call 212-719-1300 for more info. Sign up for Roundabout’s email club at roundabouttheatre.org.

PERFORMANCE SCHEDULE:
Marvin’s Room will play Tuesday through Saturday evening at 8:00PM with Wednesday, Saturday and Sunday matinees at 2:00PM.

BIOGRAPHIES:
SCOTT McPHERSON (Playwright). Scott McPherson, born in Columbus, Ohio, was an actor and playwright who lived and worked in Chicago. His first full-length play, Till the Fat Lady Sings, was directed by Eric Simonson at Lifeline Theatre in Chicago in 1987 and received a Joseph Jefferson Citation for Best New Work. His one-act play, Scraped, premiered in a Chicago New Plays production at the Organic Theatre. Marvin’s Room was Scott’s second and final full-length play and has been performed throughout the United States and around the world, including Australia, Canada, Slovakia, Turkey, Israel, Hungary, Germany, Austria, Switzerland, Japan, Finland, Sweden and Mexico. Marvin’s Room premiered at the Goodman Theatre Studio in February 1990 and went on to the Hartford Stage, Playwrights Horizons and Minetta Lane in New York, London’s West End and the Tiffany Theatre in Los Angeles. For his work on Marvin’s Room, Scott received the 1990 Joseph Jefferson Award for Best New Play, the 1991 Whiting Writer’s Award and, posthumously, the 1992 George Oppenheimer Award, 1993 Robby Award and the 1994 Los Angeles Drama Critics Circle Award. Scott also wrote television shows for the Fox Television Network, WGN-TV and NBC. He wrote the film adaptation of Marvin’s Room, a Miramax release, produced by Scott Rudin and starring Robert DeNiro, Meryl Streep, Diane Keaton, Leonardo DiCaprio, Gwen Verdon and Hume Cronyn. Scott died of AIDS on November 7, 1992.

ANNE KAUFFMAN (Director). Described by the New York Times as “one of the leading lights of downtown theater,” Anne has directed at most major New York non-profit and regional theaters. Her recent credits include, Tom Holloway’s And No More Shall We Part starring Alfred Molina and Jane Kaczmarek at Williamstown Theatre Festival, Marjorie Prime by Jordan Harrison with Lois Smith at Playwrights Horizons (Lortel and Drama League Nominations for Outstanding Director), Buzzer by Tracey Scott Wilson with the Public Theater, The Nether by Jennifer Haley with MCC, You Got Older by Clare Barron with P73 Productions (Drama Desk nomiantion), Smokefall by Noah Haidle with Zachary Quinto at MCC, The Goodman Theater and South Coast Rep, 100 Days a new musical by The Bengsons at Z Space in San Francisco, Your Mother’s Copy of the Kama Sutra by Kirk Lynn with Playwrights Horizons, The Muscles In Our Toes by Stephen Belber with the Labyrinth Theater Company. Other credits include: Lisa D’Amour’s Pulitzer Prize finalist play Detroit starring David Schwimmer and Amy Ryan at Playwrights Horizons (NY Times, New York Magazine and Time Out NY Top 10 Productions of 2012), Maple and Vine also at Playwrights Horizons, Somewhere Fun by Jenny Schwartz at the Vineyard Theater, Amy Herzog’s Belleville for Yale Rep, NY Theatre Workshop and Steppenwolf (Lortel Nomination for Outstanding Director), Chloe Moss’s This Wide Night starring Edie Falco and Alison Pill for Naked Angels (Lortel Nomination for Outstanding Director), the musical We Have Always Lived In the Castle by Adam Bock and Todd Almond with Yale Rep, Stunning by David Adjmi and Greg Pierce’s Slowgirl for LCT3, You Better Sit Down: Tales from My Parents’ Divorce with the Civilians at Williamstown, ArtsEmerson and The Flea, God’s Ear by Jenny Schwartz with New Georges and the Vineyard. She is a Sundance Program Associate, a Usual Suspect at New York Theatre Workshop, an alumna of the Soho Rep Writers and Directors Lab, a current member of Soho Rep’s Artistic Council, Lincoln Center Directors Lab, The Drama League of New York, a founding member of The Civilians, an Associate Artist with Clubbed Thumb and co-creator of the CT Directing Fellowship, and member of New Georges Kitchen Cabinet. From 2000-2006, Anne was on the directing faculty at NYU. She received her MFA in directing from UCSD, and a BA in Slavic Languages and Literature and Theater from Stanford University. Anne is an Executive Board Member of the SDC. Anne’s awards include two Obie Awards, including one for Sustained Excellence, the Joan and Joseph Cullman Award for Exceptional Creativity from Lincoln Center, the Alan Schneider Director Award, the Barrymore Award for Best Director, and a Lilly Award.

Roundabout’s season in 2017 will include John Turturro, Tony Shalhoub and Jessica Hecht in Arthur Miller’s The Price, directed by Terry Kinney; If I Forget by Steven Levenson and Napoli, Brooklyn by Meghan Kennedy.