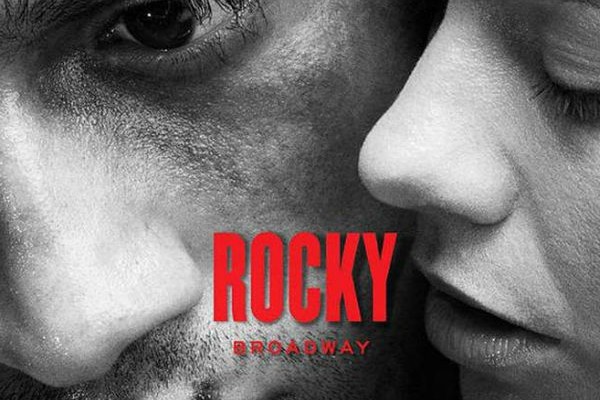 Rocky On Broadway: The Return of the People’s Champ

With four Tony Award nominations, and one win, the surprise hit of this Broadway season has got to be the new musical Rocky. Upon its official New York debut on March 13, 2014, the underdog boxing/raw love story of South Philly southpaw Rocky Balboa has been beating the odds, knocking crowds out, and (probably most impressive of all) winning over the critics.

Before Broadway beckoned, “Rocky Das Musical” had its initial run in Germany at the celebrated Operettenhaus in Hamburg. You might say it’s been a long strange trip from Hollywood, to Hamburg, and now New York City, but then again “Rocky” has always proven to be more resilient than we think. Perhaps therein lies his secret – we love to see the lovable long-shot win.

Based on the iconic pop culture movie, Rocky, written by and starring Sylvester Stallone, the musical packs a lot of punch, and if possible, even a bit more heart than the original Hollywood version. And that is saying something, considering that the film won the Academy Award for Best Picture back in 1977. Then, as now, audiences were captivated by the gritty, straightforward story of a “diamond in the rough” granted one last chance at both love and glory. The dark-horse, Rocky Balboa, makes the most of his once-in-a-lifetime opportunity, a sentiment that clearly resonated within the hearts and minds of millions. Thirty seven years later, the “Italian Stallion” is back in the ring, and swinging at the Winter Garden Theater.

New York theatergoers looking for a good bet this summer will find a rewarding payoff in this unusual and very uplifting Broadway heavyweight. The fast paced action, heartwarming love story, and brilliant score, make for an unforgettable evening (even if we all already know the outcome). Emotional, passionate, at times funny, and just plain enjoyable, this show has much to stand up and cheer for.

Rocky and his shy girlfriend Adrian are played perfectly by veteran actor Andy Karl (Jersey Boys, Wicked) and Broadway newcomer Margo Seibert. Mr. Karl brings Rocky to the stage with all of the Hollywood “Stallone charm” intact, while Ms. Seibert admirably inhabits the transformative Adrian character with considerably more depth than was required in the 1976 film version. The cast is rounded out nicely with solid performances by Terence Archie (Apollo), Dakin Matthews (Mickey), and Danny Mastogiorgio (Paulie). Winner of the Tony Award for Best Scenic Design of a Musical, Christopher Barreca also took home Outstanding Set Design at the Drama Desk, and Outer Critics Circle Awards for his efforts on Rocky. The recent critical praise for both the cast and behind-the-scenes work has confirmed the notion that this musical reinterpretation of Rocky has a real chance at going the distance.