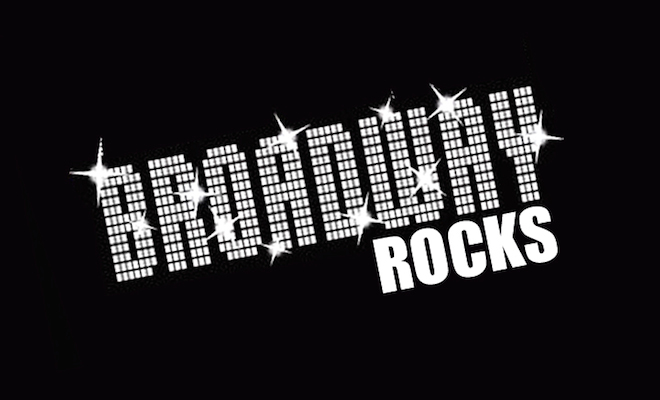 ROCKIN’ OUT OR ROCKING TO THE OLDIES?

As a working actor and, before that, as a college musical theatre major, I’ve heard people talking about the “direction the industry is headed.” Many people claim there isn’t a “broadway” sound anymore, due to pop music’s influence on Musical Theatre. While Broadway used to be the land of “rock musicals,” their appearance is becoming much more seldom and much less appreciated, as the rock idiom has become a part of the standard Broadway musical landscape.

Now I don’t mean jukebox musicals. Jukebox musicals have been popular on Broadway for years, and will continue to be popular for years to come. They are a surefire way to please audiences, and for producers to make good money.

Many people consider Bye Bye Birdie (1960) to be the first musical to have utilized a “pop” sound in its score. Hair, Jesus Christ Superstar,Tommy, and many other “rock musicals” followed in the coming years, and it seemed the rock musical was here to stay. I would argue that the genre of the rock musical reached its peak of popularity with Jonathan Larson’s musical RENT (1996). RENT was a cultural phenomenon, and is still a show that fans of theatre speak fondly of today, and one that is constantly produced everywhere from high schools to regional theatres.

Since then, the popularity of the rock musical has been diminishing slowly but surely. I have heard many friends my age bemoan how “lame” and “watered down” rock musicals sound. No matter what the composer does, they bemoan, it still sounds too “Broadway” (a term used with disdain by pop music aficionados worldwide.) After I had heard this comment a few times, I began to wonder, has the sound of rock on Broadway merely become part of the sound of musical theatre? Have we become so used to hearing thumping drum beats and electric guitars in musicals that what seemed revolutionary 40 years ago is now lame? Yes, there are occasional rock musicals that are critically respected and loved by audiences, such as Spring Awakening. But even that was almost 10 years ago, and at times, still sounds distinctly “musical theatre.” This season on Broadway, there is only one example of an authentic sounding rock musical, Hedwig and the Angry Inch (1998), but even that is 16 years old, and is not widely known outside of the theatre community. Its popularity is driven mainly by its star, Neil Patrick Harris, and not the strength of the material in the show.

Don’t get me wrong, I love musicals and will continue to be an avid theatergoer in New York. But one of the reasons rock music was initially used in musicals was to express the voice of a generation and to capture a young audience and make them fall in love with musical theatre. At this point, I don’t feel that voice exists for my generation. And I believe the absence of such a contemporary voice has failed to bring a young audience to the theatre. If writers and composers truly want musical theatre to be a more profitable and popular art form, they need to seriously consider making it accessible by using contemporary musical styles. Rock musicals may have been daring and subversive years ago, but now they’ve become a part of the landscape of musical theatre. I’m still waiting for the next Hair or RENT, but like those hits, it will need to be so unique it inspires its own revolution.