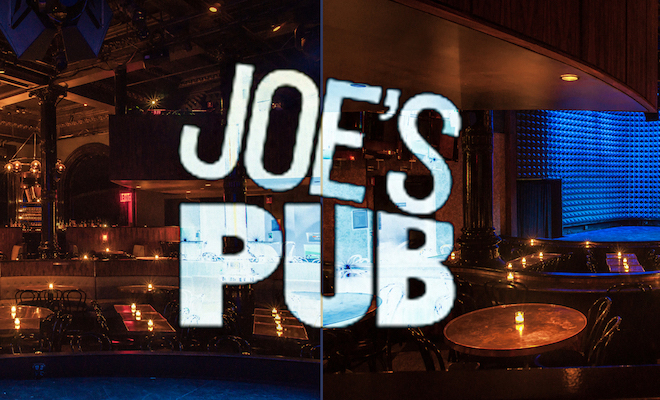 Spring Line-Up Includes the Return of Professor Michael Sandel,
A Culmination of this Year’s People’s State of the Union,
And the Launch of New Civic Salon Series

This spring, Public Forum will begin to take over Joe’s Pub for a series of FREE monthly CIVIC SALONS, beginning with a CIVIC SATURDAY on Saturday, January 20 at 12:00 p.m. In a climate of divisiveness and seclusion, Public Forum is opening its doors to invite audiences into Joe’s Pub every month for Civic Salons: a monthly brunch-time gathering where everyone can come together in the spirit of community to nurture their minds and bodies. Each month will feature a different theme and different participants who will bring readings, songs, and a keynote address ̶ all chosen in the hopes of inspiring civic engagement and social change. Joe’s Pub will offer a full brunch menu available for purchase. Additional upcoming CIVIC SALONS will take place on Sunday, February 25; Sunday, March 18; Sunday, April 22; and Sunday, May 20. Civic Salons are free and open to the public with an RSVP through The Public Theater’s website. RSVPs will open two weeks prior to the event date.

Professor Michael Sandel returns to Public Forum on Monday, February 5 at 7:30 p.m. in WHO NEEDS TRUTH? AN EVENING OF POLITICS AND PERFORMANCE, at the Great Hall at The Cooper Union. If news can be fake and facts have alternatives, how are we to know what’s true anymore? Does a post-truth politics tilt toward tyranny? Join the Aspen Institute, The Cooper Union, and The Public Theater’s Public Forum for an evening featuring Harvard University Professor Michael Sandel leading a debate on the fate of truth in our society. Sandel will be joined by an extraordinary array of artists who will set the stage with thought-provoking performances. This event is free and open to the public with an RSVP. RSVPs will open on Monday, January 8 and tickets will be available through The Public Theater’s website.

Public Forum will also host THE 2018 POETIC ADDRESS TO THE NATION on Sunday, April 15 at 7:00 p.m. in Joe’s Pub, in partnership with the U.S. Department of Arts and Culture. In this culminating event of the 2018 People’s State of the Union, an amazing line-up of playwrights, poets, and musicians will create a stirring evening of performances drawn from two weeks of Story Circles across the country – where ordinary citizens gave voice to their thoughts, feelings, fears, hopes, and aspirations for the state of our union. Public Theater Partner and Member tickets for THE 2018 POETIC ADDRESS TO THE NATION can be accessed now. Full price tickets, starting at $15 will be available Thursday, December 21 by calling (212) 967-7555, visiting www.publictheater.org, or in person at the Taub Box Office at The Public Theater at 425 Lafayette Street.

Public Forum, now in its eighth season, is also the home of The Public’s audience engagement activities, which include Artist Talkbacks, Audience Conversations, Speaker Series panels, and the online resource Digiturgy.

In Artist Talkbacks, members of the cast and creative team will take questions from the audience about the show and their process following selected performances during the season. Speaker Series presents 20-to-30-minute panel discussions after the performance with experts discussing a topic from the show and Audience Conversations feature a member of The Public’s artistic staff leading the audience in a conversation with each other about the show and its themes and ideas. For the most up-to-date schedule of Public Forum programming, please visit www.publictheater.org.

Public Forum brings the larger conversations of The Public’s stages online as well with Digiturgy, an online resource exploring the themes and ideas of The Public’s plays via byte-sized digital content— photos, links, songs, videos, GIFs, and more—pulled together to make a collage of information and experiences that extends beyond the edge of the stage. For more info, visit thepublic.nyc/digiturgy.

THE PUBLIC is theater of, by, and for the people. Artist-driven, radically inclusive, and fundamentally democratic, The Public continues the work of its visionary founder Joe Papp as a civic institution engaging, both on-stage and off, with some of the most important ideas and social issues of today. Conceived over 60 years ago as one of the nation’s first nonprofit theaters, The Public has long operated on the principles that theater is an essential cultural force and that art and culture belong to everyone. Under the leadership of Artistic Director Oskar Eustis and Executive Director Patrick Willingham, The Public’s wide breadth of programming includes an annual season of new work at its landmark home at Astor Place, Free Shakespeare in the Park at the Delacorte Theater in Central Park, The Mobile Unit touring throughout New York City’s five boroughs, Public Forum, Under the Radar, Public Studio, Public Works, Public Shakespeare Initiative, and Joe’s Pub. Since premiering HAIR in 1967, The Public continues to create the canon of American Theater and is currently represented on Broadway by the Tony Award-winning musical Hamilton by Lin-Manuel Miranda and John Leguizamo’s Latin History for Morons. Their programs and productions can also be seen regionally across the country and around the world. The Public has received 59 Tony Awards, 169 Obie Awards, 53 Drama Desk Awards, 54 Lortel Awards, 32 Outer Critic Circle Awards, 13 New York Drama Desk Awards, and 6 Pulitzer Prizes. publictheater.org

Tickets can be reserved by calling (212) 967-7555, visiting www.publictheater.org, or in person at the Taub Box Office at The Public Theater at 425 Lafayette Street.

There is no food or drink minimum for the Public Forum series in Joe’s Pub. Please note the final line-up is subject to change. The Library at The Public is open nightly for food and drinks, beginning at 5:30 p.m., and Joe’s Pub at The Public continues to offer some of the best music in the city. For more information, visit www.publictheater.org