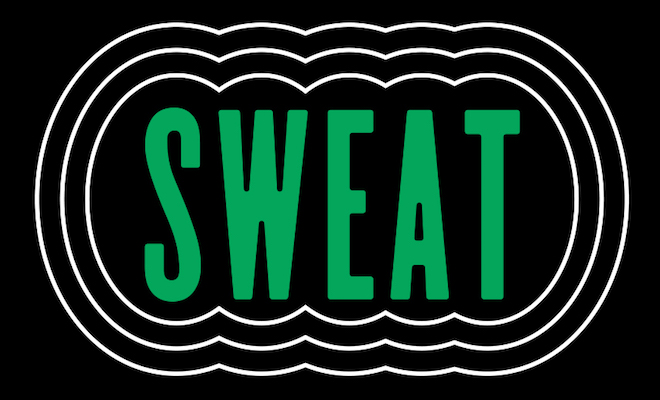 Public Theater Member and Partner tickets, as well as single tickets starting at $85, can be accessed now by calling (212) 967-7555, www.publictheater.org, or in person at the Taub Box Office at The Public Theater at 425 Lafayette Street.. Member tickets are priced at $60 and single tickets start at $85. Post-show talkbacks with the creative team are scheduled to take place immediately following the performances on Wednesday, November 9 and Wednesday, November 16. Additional Audience Discussion and Speaker Series talkbacks will take place immediately following the performances on Friday, November 4; Saturday, November 5 at 7:00 p.m.; Saturday, November 6 at 1:00 p.m. and 7:00 p.m.; and Sunday, November 13. The Library at The Public is open nightly for food and drinks, beginning at 5:00 p.m., and Joe’s Pub at The Public continues to offer some of the best music in the city.

Continuing The Public’s mission to make great theater accessible to all, The Public’s First Performance “Free for All” returns this fall; free tickets to the first preview on Tuesday, October 18 will be available beginning October 11, via TodayTix mobile lottery. The Library at The Public is open nightly for food and drinks, beginning at 5:00 p.m., and Joe’s Pub at The Public continues to offer some of the best music in the city.

The Public presents the New York premiere of SWEAT, the “extraordinarily moving drama” (The New York Times) by the Pulitzer Prize-winning playwright of Ruined, Lynn Nottage. With warm humor and tremendous heart, Sweat tells the story of a group of friends who have spent their lives sharing drinks, secrets and laughs while working together on the line of a factory floor. But when layoffs and picket lines begin to chip away at their trust, the friends find themselves pitted against each other in the hard fight to stay afloat. Kate Whoriskey directs this stunning new play about the collision of race, class, family and friendship, and the tragic, unintended costs of community without opportunity.

CARLO ALBAN (Oscar) is a member of Labyrinth Theater Company. His New York credits include Tamburlaine, A Small Melodramatic Story, Intríngulis, References to Salvador Dalí Make Me Hot, A Summer Day, Living Dead in Denmark. Regionally he has appeared in Sweat, The River Bride, Much Ado About Nothing, Timon of Athens (OSF); A Parallelogram (CTG); Lydia (Denver, Yale, CTG); Night of the Iguana (Guthrie). His film and television credits include Hurricane Streets, Hi Life, Strangers With Candy, Life Support, 21 Grams, Whip It, Margaret, Law & Order, Oz, Thicker Than Blood, Prison Break, Sesame Street, and The Night Of.

JOHANNA DAY (Tracey) received a Tony nomination for Best Supporting Actress sin Proof, directed by Daniel Sullivan. Her additional Broadway credits include You Can’t Take It With You; Lombardi; and August: Osage County. She won the Helen Hayes Award for her performance in Arena Stage’s The Rainmaker, a Drama Desk nomination for Peter and Jerry written by Edward Albee and won an Obie Award for Appropriate at Signature Theater, directed by Liesel Tommy. Se appeared in original cast of How I Learned To Drive at the Vineyard Theatre, the Arena Stage production of Sweat, the world premieres of Westport Country Playhouse’s Oblivion and Yale Repertory Theatre’s The Realistic Joneses and created the role of Zippy in Choice at The Huntington Theatre. Day currently recurs on the CBS drama Madam Secretary as Ellen Hill. Other television appearances include “The Knick,” “The Americans,” “Masters of Sex,” “Royal Pains” and “Fringe.”

KHRIS DAVIES (Chris) credits include The Royale at Lincoln Center, Colossal with Dallas Theatre Company, Bill Durham at Alliance Theatre, Love in Afghanistan at Areana Stage, Ruined with The Philadelphia Theatre Company, and Antigone, Othello, Arms and the Man, and Wind in the Willows with the Quintessence Theatre Group.

WILL PULLEN (Jason) was last seen in the Williamstown Theatre Festival’s productions of Tennessee Williams’ Rose Tattoo, for director Trip Cullman and Wendy Wasserstein’s An American Daughter, for director Evan Cabnet. He recurred in the Emmy nominated drama “The Americans” and can be seen in the Andrew Neel film Goat, which premiered at this year’s Sundance Film Festival. Will’s past theater credits include Scarcity at the Rattlestick; Marie Antoinette at Soho Rep; Your Mother’s Copy of the Kama Sutra at Playwrights Horizons; The Wayside Motor Inn at Signature Theatre Company Clive Barnes Award nomination); and Punk Rock at MCC, earning a Lucille Lortel Award nomination.

MIRIAM SHOR (Jessie) currently stars in the hit TV Land series “Younger.” Her Off-Broadway credits include Yitzhak in Hedwig and the Angry Inch, and in the 2001 film adaptation and Grammy-nominated album. She’s worked Off-Broadway at the Atlantic, Primary Stages, and the Signature Theatre to name a few. Shor has appeared in more than a dozen films including Cake Eaters, Bedazzled, and most recently Puerto Ricans in Paris. Television credits include “GCB,” “Swingtown,” “Damages,” HBO’s “Mildred Pierce,” “The Good Wife,” “Mysteries of Laura,” “The West Wing,” “My Name Is Earl,” “Law & Order: Criminal Intent,” “Bored to Death” and this fall’s “High Maintenance.”

LANCE COADIE WILLIAMS (Evan)’s theater credits include War at LCT3; Shows for Days at Lincoln Center Theatre; the Obie Award winner BootyCandy at Playwrights Horizons; Sucker Punch, and Marcus, or the Secret of Sweet at Studio Theatre; BootyCandy, and The Convert at The Wilma Theatre; The Children’s Hour, Fences, My Children! My Africa!, and Blues for an Alabama Sky at Everyman Theatre; Fences at Roundhouse Theatre; the title role of Hamlet at The Baltimore Shakespeare Festival; The Oedipus Plays at The Shakespeare Theatre; BootyCandy at Woolly Mammoth; Love’s Fire, and Shoot the Piano Player at The Berkshire Theatre Festival . He also had a recurring role on HBO’s “The Wire.”

MICHELLE WILSON (Cynthia) has previously appeared at The Public in Detroit ’67. Her Broadway credits include A Raisin in the Sun (Ruth, u/s). Regionally she has appeared in Detroit ’67; The People Before the Park; Follow Me to Nellie’s; The Trial of One Short; Unspeakable: Richard Pryor; Blues for an Alabama Sky; Fahrenheit 451; State of Miss. vs. Emmitt Till; For Colored Girls; Nikki Giovanni: New Song; Flyin’ West; Theodora; Wilhelm Reich in Hell; Race; Infants of the Spring; among others. Her film and television credits include Reverse Cowgirl, Sink, Nehemiah, “Blue Bloods” and “ER.”

LYNN NOTTAGE (Playwright) is a Pulitzer Prize-winning playwright and screenwriter whose plays have been produced widely in the U.S. and throughout the world. Most recently, her play Sweat (Susan Smith Blackburn Award) premiered at OSF and Arena Stage, and will open at The Public this Fall. Her other plays include, By The Way, Meet Vera Stark (Lilly Award, Drama Desk nom.); Ruined (Pulitzer Prize, OBIE, Lortel, NY Drama Critics’ Circle, Audelco, Drama Desk, and OCC Award); Intimate Apparel (American Theatre Critics and NYDCC Awards); Fabulation, or The Re-Education of Undine (OBIE); Crumbs from the Table of Joy; Las Meninas; Mud, River, Stone; Por’knockers; and POOF!. She recently developed her play Intimate Apparel into a new opera with composer Ricky Ian Gordon commissioned by MET/LCT. She is co-founder of Market Road Films, whose recent projects include The Notorious Mr. Bout, First to Fall and American Warlord, in addition to original projects for HBO, Showtime, and Harpo. Nottage is the recipient of a PEN/Laura Pels Master Dramatist Award, Doris Duke Artist Award, American Academy of Arts and Letters Award, MacArthur “Genius Grant” Fellowship, Steinberg “Mimi” Distinguished Playwright Award, Dramatists Guild Hull-Warriner Award, the inaugural Horton Foote Prize, Lilly Award, Helen Hayes Award, Lee Reynolds Award, and Jewish World Watch iWitness Award. Her other honors include the National Black Theatre Fest’s August Wilson Playwriting Award, a Guggenheim Grant, PEN/Laura Pels Award, Lucille Lortel Fellowship and Visiting Research Fellowship at Princeton University. She is a graduate of Brown University and the Yale School of Drama, and is an Associate Professor at Columbia School of the Arts. Member of the Dramatists Guild.

KATE WHORISKEY (Director)’s New York credits include The Public’s Ping Pong and Manahatta at Public Studio, Tales from Red Vienna and Ruined at MTC (Drama Desk, Lucille Lortel nominations), The Miracle Worker (Broadway’s Circle in the Square), How I Learned to Drive (Second Stage), The Piano Teacher (Vineyard Theatre), Oroonoko (Theatre for A New Audience), world premieres of Fabulation and Inked Baby (Playwrights Horizons), and Massacre at the Labyrinth Theatre. Internationally she has directed Magdalena at the Chatelet Theatre in Paris and Teatro Municipal de Sao Paolo. Regionally she has directed at The Goodman, The Geffen, American Repertory Theatre, The Shakespeare Theatre, The Huntington, South Coast Rep, Baltimore Center Stage, Sundance Theatre Lab, New York Stage and Film, among others.

The Public Theater, under the leadership of Artistic Director Oskar Eustis and Executive Director Patrick Willingham, is the only theater in New York that produces Shakespeare, the classics, musicals, contemporary and experimental pieces in equal measure. Celebrating his 10th anniversary season at The Public, Eustis has created new community-based initiatives designed to engage audiences like Public Lab, Public Studio, Public Forum, Public Works, and a remount of the Mobile Unit. The Public continues the work of its visionary founder, Joe Papp, by acting as an advocate for the theater as an essential cultural force, and leading and framing dialogue on some of the most important issues of our day. Creating theater for one of the largest and most diverse audience bases in New York City for nearly 60 years, today the Company engages audiences in a variety of venues—including its landmark downtown home at Astor Place, which houses five theaters and Joe’s Pub; the Delacorte Theater in Central Park, home to free Shakespeare in the Park; and the Mobile Unit, which tours Shakespearean productions for underserved audiences throughout New York City’s five boroughs. The Public’s wide range of programming includes free Shakespeare in the Park, the bedrock of the Company’s dedication to making theater accessible to all; Public Works, an expanding initiative that is designed to cultivate new connections and new models of engagement with artists, audiences and the community each year; and audience and artist development initiatives that range from Emerging Writers Group and to the Public Forum series. The Public is located on property owned by the City of New York and receives annual support from the New York City Department of Cultural Affairs; and in October 2012 the landmark building downtown at Astor Place was revitalized to physically manifest the Company’s core mission of sparking new dialogues and increasing accessibility for artists and audiences, by dramatically opening up the building to the street and community, and transforming the lobby into a public piazza for artists, students, and audiences. The Public is currently represented on Broadway by the Tony Award-winning acclaimed American musical Hamilton by Lin-Manuel Miranda. The Public has received 59 Tony Awards, 168 Obie Awards, 53 Drama Desk Awards, 54 Lortel Awards, 32 Outer Critics Circle Awards, 13 New York Drama Critics Awards, and five Pulitzer Prizes. www.publictheater.org.

SWEAT begins previews in The Public’s Martinson Theater on Tuesday, October 18 and has been extended one week through November, 27, with an official press opening on Thursday, November 3.

Public Theater Member and Partner tickets, as well as single tickets starting at $85, can be accessed now by calling (212) 967-7555, www.publictheater.org, or in person at the Taub Box Office at The Public Theater at 425 Lafayette Street.

The Library at The Public is open nightly for food and drink, beginning at 5:00 p.m., and Joe’s Pub at The Public continues to offer some of the best music in the city. For more information, visit www.publictheater.org.