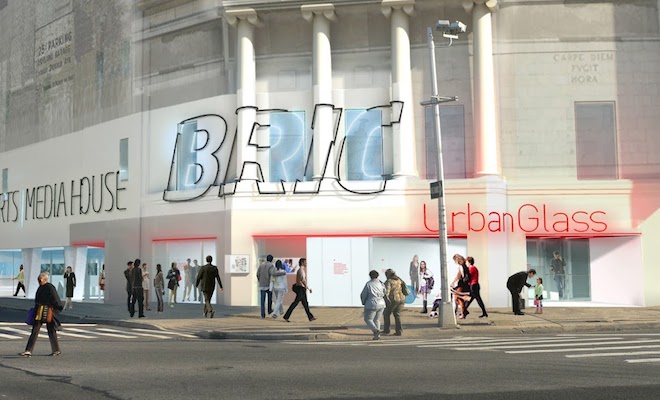 Playing on Air, a public radio show featuring recordings of select contemporary short American plays, returns to BRIC House for a new season of performances. Nine short plays by notable American playwrights (three per evening) will be recorded live at BRIC House, 647 Fulton Street in Downtown Brooklyn on October 20, 27 and December 1 at 7:30pm.

Since launching in June of 2012, Playing on Air has produced 17 programs, recorded both in studio and live, and recorded 45 plays. Aired on a current total of 43 public radio stations across the country, the programs are distributed by PRX, the public radio exchange for independently produced radio content. “Our goal is to share theater’s best practitioners with all people including those with limited access, time or cash, and expand the audience for quality contemporary theater,” says Catania. “We want to showcase a wide variety of voices. The short play form, which is rarely produced professionally, jives perfectly with the rhythms of radio and internet listening.”

Playing on Air has produced plays by Lynn Nottage, Beth Henley, Christopher Durang, David Lindsay-Abaire and David Ives, among others. A sparkling roster of actors has taken part so far — Bobby Cannavale, Chris Cooper, Hope Davis, Jesse Eisenberg, John Leguizamo, Jane Krakowski, Audra McDonald, Debra Monk, Rosie Perez, Jerry Stiller, to name just a few. Together its participants are the recipients of dozens of major awards, including Pulitzer Prizes, Tony Awards and Oscars. A full production history can be found at playingonair.org, and select episodes are available to stream for free.

The distinguished theater sound designer John Kilgore, who has been creating unique sound designs for many of the plays, will also adapt his process to the live setting. Original music is composed for every play and the series composer is Tom Kochan. “Radio performance invites its audience’s imagination,” Catania notes. “We think the wedding of radio and theater, which certainly has an illustrious history, can be reinvented via the short play form which reflects the rhythms and habits of tech-savvy consumers today.”

“Ultimately we want to cultivate future audiences for the theater as well as future artists,” Catania adds.  Playing on Air’s assistant producer is an award-winning public radio producer, Julia Wetherell.

In the 35 years since its founding as a not-for-profit organization in 1979, BRIC has been the driving force behind a number of Brooklyn’s most widely renowned and beloved arts and media programs. In the borough that is now this country’s foremost creative hotbed, BRIC is unparalleled in its combination of artistic excellence, programmatic breadth and genuine accessibility.

Emphasizing creative expression as varied and groundbreaking as the borough it serves, BRIC provides opportunities and platforms for Brooklyn artists and media makers to create and present new works. The organization champions the creativity of Brooklyn and work that expands the boundaries of artistic disciplines. BRIC’s highly accessible exhibitions, performances, television programs and educational programs serve more than one million Brooklyn residents, including some 4,000 school children, each year. Learn more at BRICartsmedia.org.