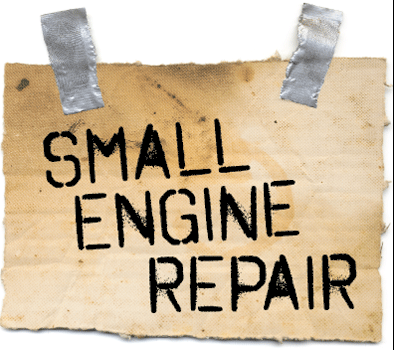 In Small Engine Repair, former high school buddies Frank (Pollono), Swaino (Badge Dale) and Packie (Ransone)—now past their prime—meet off-hours one night in Frank’s out-of-the-way repair shop under cloudy circumstances that only Frank seems to have a handle on.  Enter Chad (Allen), a plugged-in preppy college jock, whose arrival ignites a long-simmering resentment that sets this taut, twisty, comic thriller on its breathless course.

Want to hear what the cast and creative team

have to say about Small Engine Repair?

All performances of Small Engine Repair will offer $30 Under 30 seating, available two hours prior to each curtain, pending availability, for $30 for audience members 29 years old or younger on the day of the performance. Limited advanced $30 Under 30 seating is also offered online for each performance, with tickets available for pick-up at will call with valid ID including proof of age.  One ticket per ID. No exceptions.  Additionally, pending availability, $20 Student Rush tickets for full-time high school and college students can be purchased 20 minutes before curtain (cash only) with valid ID.  General tickets are $69-$89 and are available by visiting www.mcctheater.org or calling 212-352-3101.

Content Warning: Small Engine Repair contains graphic language, strong sexual content, and adult situations.  May not be appropriate for those under 17.

Small Engine Repair is part of the previously announced MCC Theater 2013-14 Season which also includes: the Broadway premiere of the Mary-Louise Parker-starrer The Snow Geese by MCC alum Sharr White, which is a co-production with Manhattan Theatre Club (MTC) now playing through December 15, 2013 at the Samuel J. Friedman Theatre; the Off-Broadway premiere of Robert Askins’ Hand to God, directed by Moritz von Stuelpnagel and starringSteven Boyer (Modern Terrorism, The Wolf of Wall Street), at the Lucille Lortel Theatre, beginning on February 20, 2014 with an official opening on March 11, 2014; and the North American premiere of Penelope Skinner’s The Village Bike, directed by Sam Gold (Circle Mirror Transformation), starring Academy Award® nominee Maggie Gyllenhaal (Crazy Heart, The Dark Knight) at the Lucille Lortel Theatre beginning May 21, 2014 with an official opening on June 9, 2014.

MCC Theater offers 3-Play (all 3 Off-Broadway productions at the Lortel) or 4-Play (all Lortel productions plus Broadway’s The Snow Geese) Subscriptions, as well as  Discounted First-Look Subscription (access to one of the first 10 performances of each production), and Flex Tickets.  Visit www.mcctheater.org or call 212-352-3101.

MCC Theater – founded in 1986 as Manhattan Class Company – is driven by a mission to provoke conversations that have never happened and otherwise never would.  Led by Artistic Directors Robert LuPone, Bernard Telsey, Will Cantler, and Executive Director Blake West, MCC fulfills its mission by producing new work that challenges artists and rewards audiences, and by nurturing the development of playwrights and students through a variety of literary and education programs that enable more than 1,100 New York City high school students to find – and use – their own unique voice each year through the creation and performance of original theater pieces.  MCC currently produces its annual season at the Lucille Lortel Theatre (121 Christopher Street) and will open its own two-theater complex on West 52nd Street and 10th Avenue in 2016.  Notable productions include The Other Place; Really Really; The Submission winner of the inaugural Laurents/Hatcher Foundation Award for new American plays; The Pride; Fifty Words; Nixon’s Nixon; The Grey Zone; the Tony Award-winning Frozen; the Pulitzer Prize-winning Wit; the re-imagined production of the musical Carrie; and eight plays by Playwright-in-Residence Neil LaBute, including Fat Pig, Reasons to Be Pretty and last season’s hit Reasons to Be Happy.