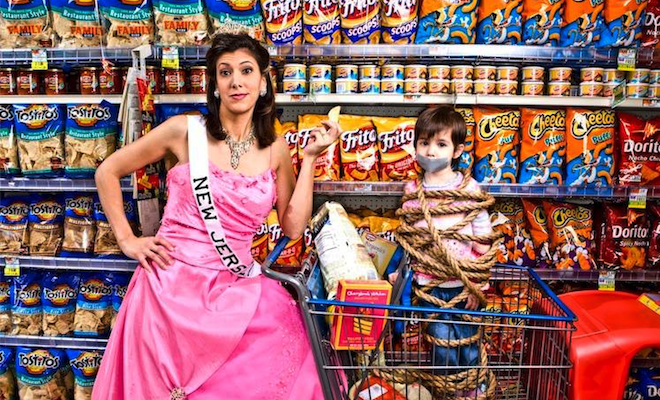 One Funny Mother stars comedian, former Miss New Jersey, and married mother of three, Dena Blizzard, in her hilarious solo comedy show about the trials and tribulations of motherhood and marriage. An outrageous and side splitting 80 minutes of sass that follows Dena on her hilarious journey through a day of cleaning as she prepares for her big “Girls Night Out.” Along the way she laments how her life and marriage have changed since becoming a mother of three, wrestling with the eternal question, “Have I gone crazy since having these kids?” The answer is a hysterical, “laugh ’til your face hurts” comedy that you won’t want to miss!

One Funny Mother has toured the United States and was recently named “Best One Woman Show” at the 2015 United Solo Festival in New York City. Current reviews include “It’s the best show I’ve ever seen!” and “Dena is the prettiest girl in the whole world,” both from Dena’s mom. One Funny Mother is a great “Girls Night Out,” or Date Night for anyone that IS a mom, HAS a mom, or is MARRIED to a mom.

One Funny Mother will play the following performance schedule: Thursdays 7:00pm and Saturdays at 8:00pm.

Tickets for One Funny Mother are priced at $65 and may be purchased by calling Telecharge (212) 239-6200, or by visiting Telecharge.com. For additional information please visit the website at www.onefunnymother.com