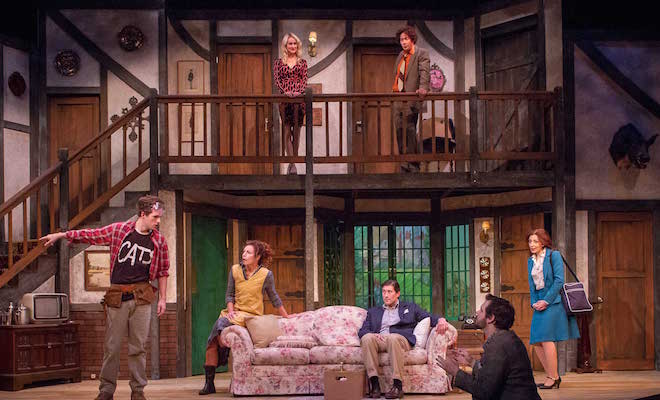 NOISES OFF RETURNS TO BROADWAY

One of the funniest plays to reach the Broadway stage will be returning this December, and it is going to be a star-studded production. The hit comedy Noises Off will begin Broadway previews on December 17, before their official opening on January 14.

Joining the cast of this hilarious Michael Frayn comedy will be Andrea Martin, Megan Hilty, and Rob McClure. Martin most recently won the Tony Award for her work in Pippin and has also appeared on Broadway in Exit The King, Young Frankenstein, Fiddler on the Roof, and Oklahoma! Hilty is best known for her work in the TV show Smash and her stage work in 9 to 5 and Wicked. McClure was Tony-nominated for his work in Chaplin and most recently appeared in Jason Robert Brown’s Honeymoon in Vegas.

This production is highly anticipated as Roundabout brings us this comedy precisely 15 years after the last go around. The previous production featured Patti LuPone and Peter Gallagher, and earned Katie Finneran a Tony Award.

Noises Off will be directed by Jeremy Herrin, who also helmed Wolf Hall. The play will have a limited run, with the show expected to close on March 6. Tickets will go on sale through Roundabout beginning in September. This hilarious slapstick romp is certainly not to be missed!