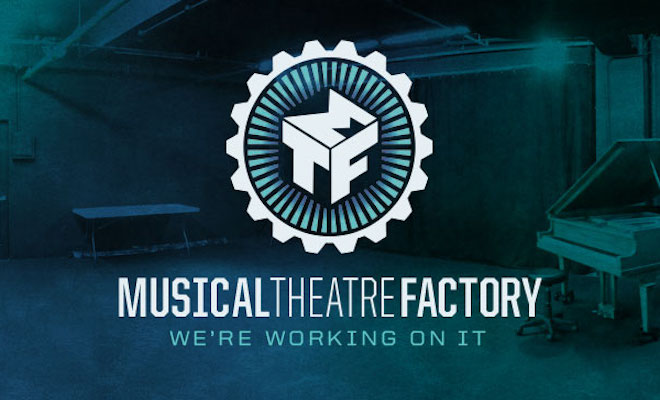 Playwrights Horizons today announced Musical Theatre Factory as the second theater company to join its Resident Company Program. Playwrights is a writer’s theater dedicated to the support and development of contemporary American Playwrights, composers and lyricists and to the production of their new work. This new residency initiative – launched in 2014 – subsidizes office, rehearsal and performance space for smaller theater companies who share an interest in American writers and who, like Playwrights, demonstrate a commitment to producing new works.

Starting this fall, Musical Theatre Factory (Shakina Nayfack, Artistic Director), a collective for early-career musical theatre makers interested in changing the way new musicals are developed in New York City, will become Playwrights’ second resident company. The mission of the Factory is to develop and present new Musical Theatre Works in a collaborative environment free from the pressures of critical or commercial success. Founded by Nayfack in January 2014, Musical Theatre Factory, a volunteer based organization, has already contributed to the development of over 90 new musicals.

Musical Theatre Factory joins inaugural resident company Clubbed Thumb (Maria Striar, Producing Artistic Director), which provides like-minded theater companies the space and resources to create more art, and expand their capacity to provide artistic opportunities to writers. The current hit Playwrights Horizons and Clubbed Thumb co-production of MEN ON BOATS by Jacklyn Backhaus, directed by Will Davis, is the first public result of the Resident Company Program. The critically-acclaimed production has just opened to rapturous reviews and was extended through August 21.

“As evidenced by our co-production of MEN ON BOATS this summer, our collaboration with Clubbed Thumb as our inaugural resident company has been a productive and happy partnership,” says Adam Greenfield, Associate Artistic Director at Playwrights. “Now, as we look to expand this program, the trailblazers at Musical Theatre Factory are a perfect match. Like Playwrights, they share a commitment to nurturing relevant voices who look to break new artistic ground. As we continue our mission to strengthen New York’s entire new-play landscape, we’re thrilled to find synergy with a company that values inspired and intelligent musical theater writers as much as we do.”

“We are thrilled to be partnering with Playwrights Horizons and deeply grateful for this incredible opportunity,” adds Shakina Nayfack. “In only two years, Musical Theatre Factory managed to become a creative home for so many remarkable writers, composers, performers and directors. When we lost our original space at the beginning of this year, we didn’t know if the Factory would survive. Now, thanks to this generous residency, MTF will have a home of its own at Playwrights Downtown. We couldn’t be more delighted to share space with Clubbed Thumb and to collaborate with the students, faculty and staff of the Playwrights Horizons Theatre School. I’m excited to see what the next three years will yield, not only for the Factory, but for the future of American Musical Theatre.”

Musical Theatre Factory will be in residence through Summer 2019 at Playwrights Horizons’ downtown location, 440 Lafayette Street. That space currently houses the Playwrights Theater School (which is affiliated with NYU’s Tisch School of the Arts, undergraduate Drama Program) and Playwrights Rehearsal Studios, the company’s space rental operation that provides hundreds of organizations with rehearsal, classroom and performance space. Resident Companies will work closely with the Theater School to engage its students in their work and their new play development processes.

The vision for the Resident Company Program arose from Playwrights Horizons’ desire to expand the reach of support for new playwrights and plays and encourage more productions and wider audiences for new work. Having grown out of the organization’s strategic planning process, the program also seeks to lessen the financial burdens of renting costly rehearsal and performance space in the New York market.

Each residency will last for a period of three years; Clubbed Thumb began its formal residency in Fall 2014, receiving a total of four years in residence, one year longer than subsequent companies, in order to help Playwrights Horizons test and implement the new program. Clubbed Thumb will be in residence through Summer 2018. Musical Theatre Factory will be in residence through Summer 2019. Each summer, an additional resident company will be announced, eventually expanding the program to incorporate three Resident Companies simultaneously.

Playwrights Horizons is dedicated to cultivating the most important American Playwrights, composers and lyricists, as well as developing and producing their bold new plays and musicals. Under Artistic Director Tim Sanford and Managing Director Leslie Marcus, Playwrights builds upon its diverse and renowned body of work, counting 400 writers among its artistic roster. In addition to its onstage work each season, Playwrights’ singular commitment to nurturing American theater artists guides all of the institution’s multifaceted initiatives: our acclaimed New Works Lab, a robust commissioning program, an innovative curriculum at its Theater School and more. Playwrights has been recognized with numerous awards and honors, including six Pulitzer Prizes, 13 Tony Awards and 39 Obie Awards. Prior artistic directors include André Bishop and Don Scardino. Robert Moss founded Playwrights Horizons in 1971 and oversaw its first decade, cementing the mission that continues to guide the institution today.

Musical Theatre Factory was founded by Artistic Director Shakina Nayfack in January 2014 as a collective for early-career musical theatre makers interested in changing the way new musicals are developed in New York City. The mission of the Factory is to develop and present new Musical Theatre Works in a collaborative environment free from the pressures of critical or commercial success. With a focus on peer-evaluation and process-driven volunteer support, MTF’s assembly line of development programming directly addresses the needs of today’s musical theatre artists and is intended to nurture new work from initial concepts to full drafts and, occasionally, first productions.

In its first two years MTF has assisted in the development of over 90 new musicals with more than 900 volunteers contributing over 16,000 combined hours of service. The organization has partnered with a number of other theatre companies throughout NYC, including Joe’s Pub at The Public Theatre, The People’s Improv Theatre, Poetic Theatre Productions, and Playwrights Horizons, where they will begin a three-year residency this coming fall.

MTF members include some of today’s most exciting composers, lyricists, book writers, directors, choreographers, music directors, dramaturgs, performers, and arts administrators. The organization is overseen by General Mangers Frankie Dailey and Joey Monda, with Creative Producer Aaron Glick serving as Chairman of the Board of Directors.