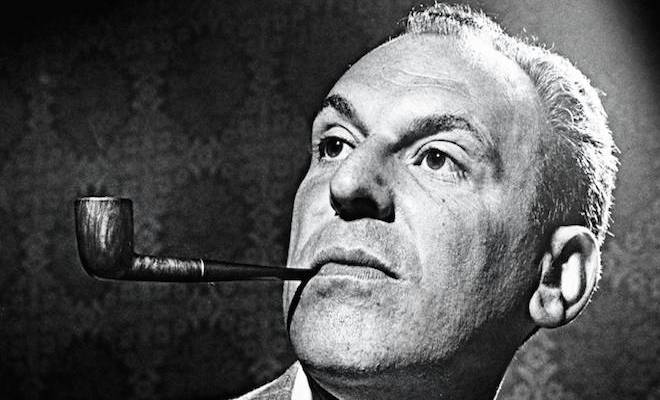 Many Broadway shows open out of town before trying their luck in New York. Lower pressure environments like Seattle or Chicago allow producers and artists to gage audience reaction, tweak songs and dialogue, and get more comfortable with the routine of maintaining what are often large, complicated productions. I have only once heard of a try-out run in my hometown of Rochester, NY, and that production did not go on to Broadway. My excitement, therefore, was palpable when, near the beginning of Moss Hart’s memoir, Act One, Hart’s boss, theatrical producer Gus Pitou, said he had booked Rochester and Chicago for pre-Broadway runs of Hart’s first play, The Beloved Bandit.

There are all sorts of fun details about this episode in Hart’s life, not least the fact that he wrote the play as a joke, having been asked to find Pitou’s next project, and submitted it under an assumed name. For me, the best part is the involvement of Rochester. Once I had confirmation that it was Rochester, NY, not one of the other Rochesters, I next wondered which theatre had been used? Hart names the Adelphi Theatre in Chicago, but for some reason does not specify the Rochester venue.

The Auditorium Theatre, a former Masonic Temple that is Rochester’s house for touring productions, seemed the obvious answer, but it was finished in 1930, a few years after Hart’s play visited. The Eastman Theatre is the right age, but since “Kodaks” are referenced in the book, the Eastman, brand new at the time, probably would have been named, being connected to Rochester’s most famous citizen, film chemist and entrepreneur George Eastman. Geva Theatre Center has only been a theatre since 1985, was originally an armory, and was being used as a convention center during Hart’s try-out.

So I googled the terms “Rochester, NY,” “Moss Hart” and “The Beloved Bandit” at the same time, and came upon a page of Jared Brown’s Biography in Three Acts of Moss Hart, which mentions that The Beloved Bandit also went by The Hold-Up Man, which Hart leaves out. It wasn’t much longer before I saw the name of the Rochester theatre where it opened in 1923: the Lyceum Theatre.

But what was the Lyceum Theatre? Was it still around? Why had I never been there, or even heard of it? These questions lead me to a City Historian article about Rochester theatre history. The Lyceum was built in response to Rochester’s growing enthusiasm for theatrical fare. Three businessmen, W. S. Kimball, H. H. Warner and Hiram Sibley, were the primary financiers, and it was constructed just off Main Street, on South Clinton Avenue. It opened, with an interior designed by renowned theatre architect Leon Lempert, on October 8, 1888, with David Belasco’s The Wife.

The Lyceum operated until 1934. One famous event there took place during a performance of Othello, when Edwin Booth, brother of John Wilkes Booth and the first actor to have a Broadway theatre named after him, suffered a paralytic stroke onstage. The Beloved Bandit’s problems with sets and actors were less serious, but the audience reaction was far from positive. Hart was disheartened, but Mrs. Henry B. Harris, one of the producers, tried to reassure him: “[T]his is Rochester—and what the hell does Rochester know about anything except Kodaks?” The play did not fare better in Chicago, and never opened in New York.

The Lyceum Theatre in Rochester is long gone, but, like Rochester itself, occasionally pops up in anecdotes concerning better-known historical figures. The Lyceum remains unnamed in James Lapine’s stage adaptation of Act One, but scenes that took place there are played out eight times a week at the Vivian Beaumont Theater, a significant chapter of a significant life.

Aaron Netsky is a writer and performer living in New York City, who has also worked as a production assistant and a child wrangler. Check out his blog at www.cantonaut.blogspot.com