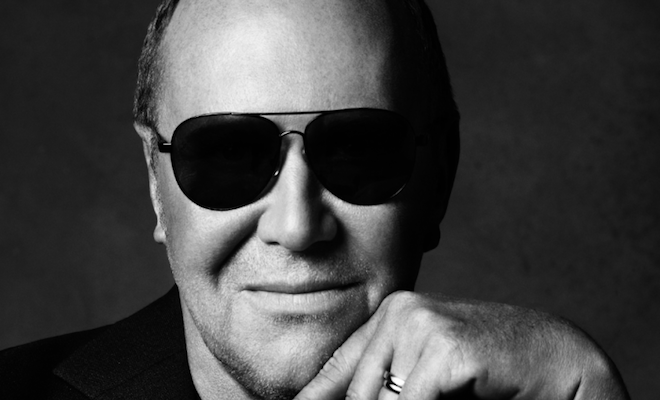 With This Gift, Over $40 Million Has Been Raised
To Secure the Next 50 Years of Artistic Excellence & Community Engagement

“We are deeply grateful for Michael and Lance’s commitment to Roundabout’s 50th Anniversary Campaign. They have been generous supporters of Roundabout over the last decade, and I am so honored that Michael and Lance have made this incredible gift. It will ensure that Roundabout can remain at the forefront of American Theatre, continuing our mission to entertain, educate and inspire. This gift will also help us create a dedicated space at the Stephen Sondheim Theatre to host our loyal patrons,” notes Todd Haimes, Roundabout’s Artistic Director/CEO.

“We are lifelong theatre enthusiasts and we are enormous fans of the amazing work produced by Roundabout Theatre Company. We are thrilled to help sustain the company’s future, and to underwrite a new patron’s lounge in honor of the singularly brilliant genius of Stephen Sondheim,” note Michael Kors and Lance Le Pere.

The lounge will be named the Michael Kors and Lance Le Pere Lounge. Through design of the space, Michael and Lance will pay tribute to Stephen Sondheim and his work on Roundabout’s stages. Design is being conceived by Frank Webb at White Webb and will comply with the building’s LEED-gold certification. When construction is complete in 2017, VIP Lounges will be available in all Roundabout venues, and enjoyed by Roundabout’s most generous supporters, including Chairman’s Circle, Artistic Director’s Circle, and Corporate Club members.

A rendering of the lounge is available here: Kors LePere Sondheim Rendering

The 50th Anniversary Campaign was publically launched in February 2016; with Michael Kors and Lance Le Pere’s commitment, Roundabout has surpassed $40 million raised towards a total goal of $50 million. When complete, the Campaign will fund vital financial reserves to sustain Roundabout’s artistic excellence, innovative audience engagement and effective community outreach well into the future.

As the largest single producer of Stephen Sondheim’s extraordinary work, Roundabout has mounted six Sondheim musicals and held more than a dozen workshops of his work. In 2010, Roundabout successfully completed fundraising efforts to rename the Henry Miller’s Theatre as the Stephen Sondheim Theatre in honor of Mr. Sondheim’s 80th birthday and in recognition of the tremendous impact of his work on the Great American Musical.

As part of Roundabout’s $50 Million Anniversary Campaign, there are other unique naming opportunities available, including the legendary Studio 54 Theatre, and the Penthouse Lobby, available to all visitors of the American Airlines Theatre. For more information, please visit roundabout50th.org.