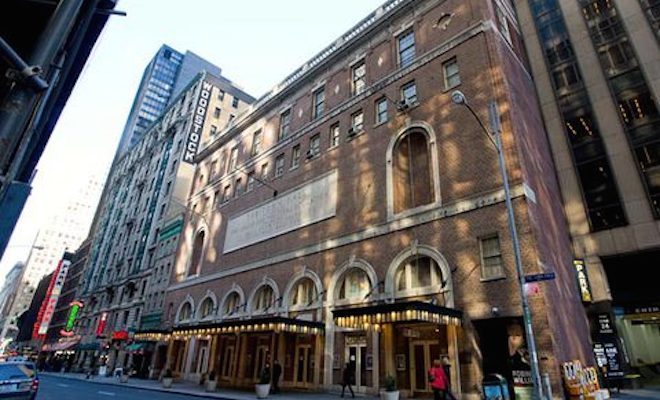 “MEN IN BLAZERS: LIVE ON BROADWAY”

New York, NY (May 29, 2014) – Producer John Johnson has announced today that Grantland’s Men in Blazers will host Men in Blazers: Live on Broadway, an evening to celebrate everything that is glorious and distinct about United States Soccer on Friday, May 30th at 7:30PM at The Town Hall (123 West 43rd Street). The evening will feature conversation with members from the 1994 U.S. Men’s National Team, as well as host members of the current U.S. Men’s National Team, to wish them Godspeed before they head down to Brazil for the 2014 FIFA World Cup.

ABOUT MEN IN BLAZERS

Hosts Michael Davies (@embassydavies) and Roger Bennett (@rogbennett) believe soccer is the American sport of the future. As it has been since 1972. Find these Men In Blazers on SiriusXM Satellite Radio Mondays & Fridays 9AM ET and ESPN’s latest online venture, Grantland, on Wednesdays.

Their aim is nothing less than to enlighten the masses to the wildly entertaining world of soccer and the English Premier League in particular. Immersed in the high and low culture of the beautiful game, the program mixes analysis and guest appearance in equal measure, with the aim of providing an intelligent yet often humorous, and always passionate, soccer broadcast.

← Previous Story Why Can’t We All Play Together?
Next Story → Hugh Jackman Hosts the 68th Annual Tony Awards