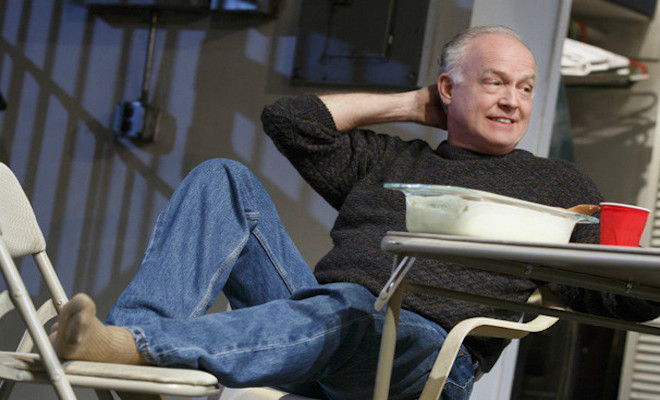 MAN FROM NEBRASKA
By Tracy Letts
Directed by David Cromer

Sometimes even the most devout can lose their faith. When Ken, a middle aged man from Nebraska, suddenly finds he’s lost his, along with his sense of purpose, he goes on a wild adventure to find it. Along the way he encounters a world vastly different from his own, filled with chance meetings and romantic encounters that shake him to the core. From the playwright of August: Osage County, comes a fascinating exploration into what happens when we lose our belief system and the characters that come into our lives on the path to a meaningful existence.

In 2015 Second Stage Theatre purchased the historic Helen Hayes Theatre, located at 240 W. 44th Street. With this new home, Second Stage will be the only theatre company on Broadway dedicated exclusively to the development and presentation of contemporary American theatrical productions. The company will continue to lease and operate their original theatres on the city’s Upper West Side and in Midtown Manhattan. Second Stage Theatre has enlisted David Rockwell and The Rockwell Group to make renovations and updates to the 103 year old landmark building. They will begin renovations on the theatre in 2016 and plans for its first Broadway production to be staged in the Hayes during the 2017-18 season.