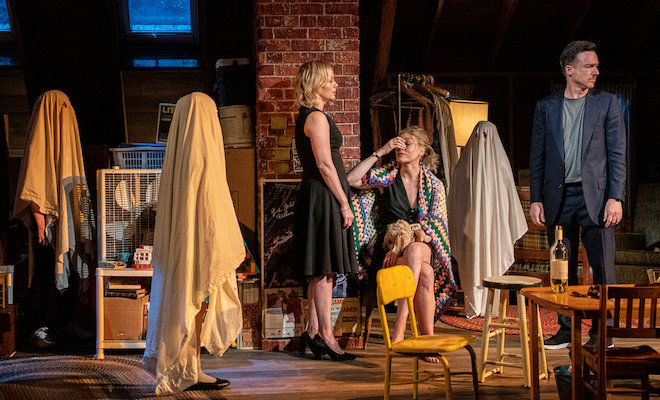 When does real life collide with make believe? For the four Conlee kids, ages 5 to 12, playing house is no longer a game when their parents inexplicably disappear. Thirty-two years later, their search for answers continues. Bess Wohl returns to Second Stage after her funny and poignant play, American Hero, with a look inside the minds of children, their parents and the mysteries of childhood that haunt us forever.

MAKE BELIEVE tickets are now available by calling the Second Stage Box Office at 212-246-4422,visiting the company’s website, www.2ST.com or at the Tony Kiser Theater Box Office (305 West 43rdStreet). A limited number of $30 Under 30 tickets are available in advance to those ages 30 and under with proper identification.