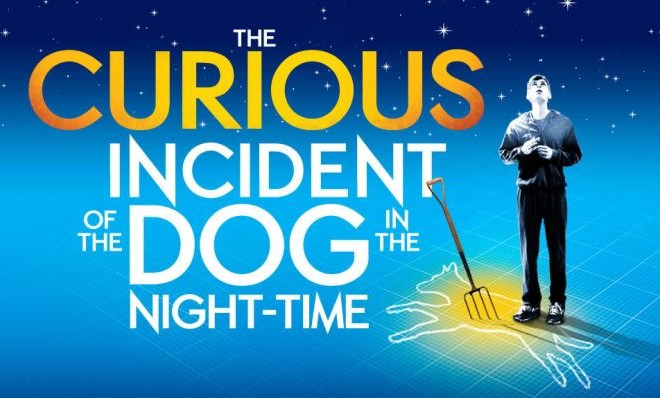 It’s finally here; the long-awaited Broadway premiere of The Curious Incident of the Dog in the Nighttime, the show based on Mark Haddon’s best-selling 2003 novel that made a splash across the pond in summer 2012 (the production’s still playing today), comes to the Ethel Barrymore Theatre later this month. The show, which Haddon himself hailed as “the next War Horse”* after viewing the London production, chronicles a 15-year-old boy with Aspergers syndrome who, after being accused of killing his neighbor’s dog, sets out to identify the dog’s true murderer and clear his name. When he does discover the true identity of the murderer, his life is forever changed.

Recent Julliard graduate Alexander Sharp makes not only his Broadway debut, but his debut in a professional production, as Christopher Boone, the aforementioned title character. Rounding out the cast are Ian Barford, Enid Graham, Helen Carey and Francesca Faridany. The production is directed by Marianne Elliott, who not only helmed the London production, but also held the reins (haha) of the Broadway premiere of War Horse, the 2012 hit that took home the Best Play Tony at that year’s ceremony.

Could this mean this much-buzzed-about transfer could win big at the 2015 Tonys? It certainly seems that way — the London production racked up its share of Oliviers, winning seven, including Best New Play. Given the anticipation everyone had for fellow West End transfer Matilda, a win could definitely be in the cards. Regardless, the buzz surrounding this show has already proven that it will be welcomed and revered in the States with open arms, just as much as its London counterpart was, and of course, still is.

The Curious Incident of the Dog in the Night-Time began previews at the Barrymore Theatre on September 10, with an opening night to be celebrated on October 5.

*this quote is a paraphrase of the original, spoken by Mark Haddon and reported in The Independent

← Previous Story TOP 10 THEATRE STORIES YOU NEED TO KNOW THIS WEEK
Next Story → BROADWAY HOSTS A BEVY OF STARS, BUT AFTER ALL, “IT’S ONLY A PLAY”