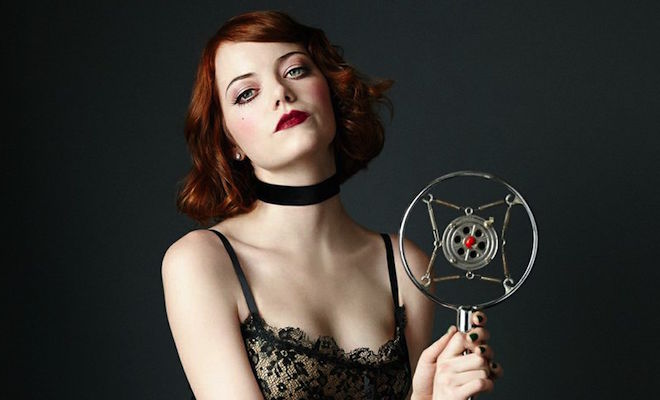 As “Sally Bowles” In

Sienna Miller made her Broadway debut in Roundabout Theatre Company’s 2009 production of After Miss Julie. She can also be seen in the Academy Award nominated films American Sniper and Foxcatcher.

Emma Stone replaced Michelle Williams on November 11, 2014 and received critical acclaim for her portrayal of “Sally Bowles.” This production of CABARET marked the Broadway debut for the Academy Award nominated actress.

For this production of Cabaret, Mr. Mendes and Mr. Marshall converted Studio 54 into the gritty Kit Kat Klub with cabaret-type seating as well as traditional theatre seating, to recreate the decadent environment of the notorious pre-war Berlin Nightclub.

CABARET features some of the best-known songs in musical theatre, including “Willkommen,” “Maybe This Time” and “Cabaret.” John Kander and Fred Ebb are two of the most successful and prolific collaborators in the American Theatre and are currently represented on Broadway with the award-winning revival of Chicago.

MAC is Cabaret’s Official Makeup Partner. Major support for Cabaret is provided by The Blanche and Irving Laurie Foundation.

Roundabout subscribers save up to 50% off tickets to Cabaret and Roundabout donors are guaranteed the best seats in the house. For more information on subscriptions or to become a donor, visit roundabouttheatre.org/packages or call 212-719-1300.