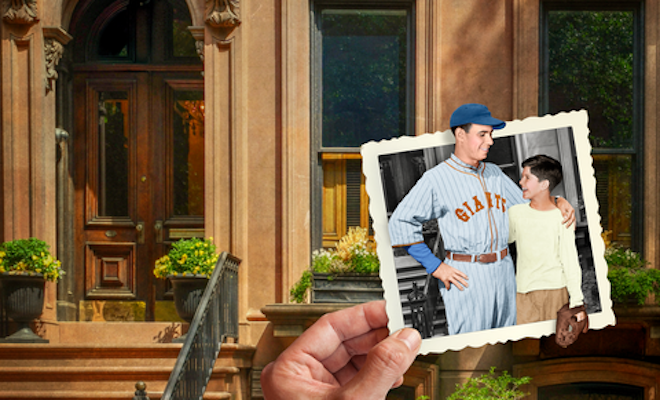 New Brunswick, NJ – Last Days of Summer—a new musical based on the best-selling novel by Steve Kluger—will kick off the landmark 2019/20 season at George Street Playhouse. This highly anticipated production, directed by Tony Award nominee Jeff Calhoun (Newsies on Broadway), will star Teal Wicks, following her performance as Lady Cher in Broadway’s The Cher Show, and Bobby Conte Thornton, known for A Bronx Tale on Broadway.

Called an “audience-pleaser” by the Kansas City Star and “heartfelt…and delightfully scored” by BroadwayWorld during its 2018 premiere run at Kansas City Repertory Theatre, Last Days of Summer arrives at George Street Playhouse this October.

Tickets became available to the public August 19 and have already set sales records for the New Jersey arts organization as it prepares to move to the newly completed New Brunswick Performing Arts Center this fall.

The cast will feature a number of Broadway favorites, including  Danny Binstock (Breakfast at Tiffany’s on Broadway), Don Stephenson (A Gentleman’s Guide to Love and Murder on Broadway), Mylinda Hull (Dirty Rotten Scoundrels on Broadway and George Street Playhouse’s world-premiere production of It Shoulda Been You, directed by David Hyde Pierce), Will Burton (Hello Dolly! on Broadway), and Christine Pedi, known for Chicago on Broadway and as a daily host of Sirius XM Radio’s “On Broadway” channel.

In this new musical featuring a cast of 16, Joe Margolis and his young son open an old box of letters that transport Joe back to his youth in Brooklyn and the summer of 1942—when young Joey and his best friend Craig are writing fan letters to their hero Charlie Banks, the star third baseman of the New York Giants. Amid the tumultuous events of World War II, Joey and Charlie forge an unlikely friendship that might be the very thing they both need. Last Days of Summer features a new score of Big-Band sounds and Jazz music of the era.

This production is sponsored by The Blanche and Irving Laurie Foundation.

Under the leadership of Artistic Director David Saint since 1998, and Kelly Ryman — Managing Director since 2013, the Playhouse produces groundbreaking new works, inspiring productions of the classics, and hit Broadway plays and musicals that speak to the heart and mind, with an unwavering commitment to producing new work. As New Brunswick’s first producing theatre, George Street Playhouse became the cornerstone of the revitalization of the City’s arts and cultural landscape. With its 45-year history of producing nationally renowned theatre, the Playhouse continues to fill a unique theatre and arts education role in the city, state and greater metropolitan region.

Beginning with the 2019-20 Season, George Street Playhouse will move to the New Brunswick Performing Arts Center in downtown New Brunswick. Featuring two state-of-the-art theatres — The Arthur Laurents Theater featuring 255 seats and The Elizabeth Ross Johnson Theater which seats 465– and myriad amenities, the NBPAC will mark a new era in the esteemed history of George Street Playhouse.

Originally located in an abandoned supermarket on the corner of George and Albany Streets, George Street Playhouse was the first professional theatre in New Brunswick and played a major role in the revitalization of the downtown area.  In 1984, the Playhouse moved to a renovated YMCA on Livingston Avenue, and in 2017 took temporary residence in the former Agricultural Museum during construction of its new home.

The Playhouse has been well represented by numerous productions both on and off-Broadway, including the Outer Critics’ Circle Best Musical Award-winner The Toxic Avenger; the Outer Critics Circle, Drama Desk and Drama League nominated production of The Spitfire Grill; and the Broadway hit and Tony and Pulitzer Prize winning play Proof by David Auburn, which was developed at the Playhouse during the 1999 Next Stage Series of new plays. In 2015, It Shoulda Been You opened on Broadway and Joe DiPietro’s Clever Little Lies opened off-Broadway.  Both shows received their premieres at the Playhouse. In 2018, George Street Playhouse was represented on Broadway with Gettin’ the Band Back Together which premiered on the Playhouse mainstage in 2013.  American Son, produced by George Street Playhouse in 2017, opened on Broadway in 2018 starring Kerry Washington and Stephen Pasqual, and will be appearing on Netflix.

In addition to the mainstage season, the Playhouse’s education department provides extensive programming for children, youth and adults.  Partnering with administrators and educators throughout New Jersey, the Playhouse provides unique education experiences that both reinforce classroom curriculum and investigate issues such as bullying, diversity, immigration, health and wellness, and the rising epidemic of opioid addiction.

George Street Playhouse programming is made possible in part by funds from the New Jersey State Council on the Arts/Department of State, a partner agency of the National Endowment for the Arts.  Grant funding has been provided by the Middlesex County Board of Chosen Freeholders through a grant award from the Middlesex County Cultural and Arts Trust Fund.

Jeff Calhoun (director of Newsies on Broadway) will helm Last Days of Summer at George Street Playhouse this October.