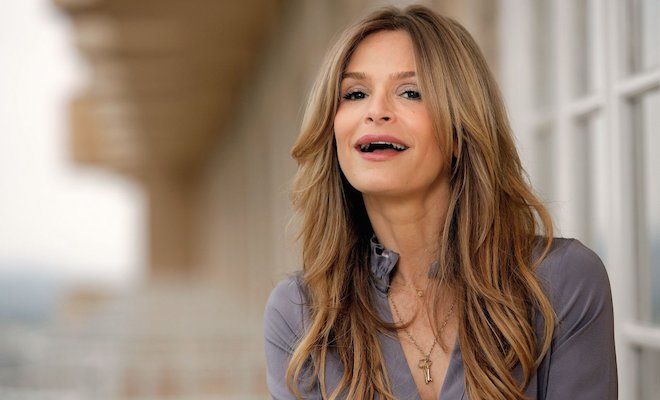 KYRA SEDGWICK TO LEAD THE CAST OF “THE DANISH WIDOW”

In The Danish Widow, a mystery unfolds against an international backdrop as a female insurance investigator finds herself battling wits with the formidable title character.  John Patrick Shanley—the Tony, Pulitzer and Oscar-winning author of Doubt, Moonstruck, and last season’s Outside Mullingar—returns to the Powerhouse with his newest play, which he describes as “disturbing, funny, deadly serious, sexy – like a Hitchcock film with a modernist edge.”

Kyra Sedgwick (Joyce) has been seen on Broadway in: Twelfth Night at Lincoln Theatre directed by Nicholas Hytner; Ah, Wilderness! directed by Jose Quintero. Off-Broadway: Craig Lucas’ Stranger, David Mamet’s Oleanna. Film: Born on the Fourth of July, Singles, Something to Talk About, Phenomenon, Personal Velocity, Second Hand Lions, The Woodsman, The Possession. She will next be seen in Oren Moverman’s Time Out of Mind opposite Richard Gere. TV: “Miss Rose White,” “Door to Door,” and most notably “The Closer,” for which she won a Golden Globe and Emmy.  Executive Producer: “The Closer” and the upcoming “Proof” on TNT.

Celebrating 30 years this summer, Powerhouse Theater is a collaboration between New York Stage and Film and Vassar College dedicated to both emerging and established artists in the development and production of new works for theater and film.  The Powerhouse program consists of an eight-week residency on the Vassar campus during which more than 250 professional artists and 50 apprentices in the Powerhouse training program live and work together to create new theater works.  Recent highlights at Powerhouse include The Hamilton Mixtape, the latest work from In the Heights Tony® Award winner Lin-Manuel Miranda; Bright Star, an original musical from Steve Martin and Edie Brickell; and The Fortress of Solitude, a musical adaptation of the best-selling novel by Jonathan Lethem.  Many shows from past seasons have found their way to Broadway, Off-Broadway, and theaters nationwide, including Stephen Karam’s Sons of the Prophet (Roundabout Theater); Seminar by Theresa Rebeck (Golden Theater); Julia Jordan and Juliana Nash’s Murder Ballad (Manhattan Theater Club); Pulitzer finalist Nathan Englander’s The Twenty-Seventh Man (The Public Theater); and Storefront Church, John Patrick Shanley’s final installment of his “Church and State” trilogy that began with Doubt (Atlantic Theater Company).  Other projects developed at the Powerhouse include the Tony Award-winning Side Man and Tru; the multi-award-winning Doubt; the groundbreaking Broadway musical American Idiot, and A Steady Rain, produced on Broadway in 2009 with Hugh Jackman and Daniel Craig.

New York Stage and Film (Johanna Pfaelzer, Artistic Director; Thomas Pearson, Executive Director; Mark Linn-Baker, Max Mayer, Leslie Urdang, Producing Directors)  is a not-for-profit company dedicated to both emerging and established artists in the development of new works for theater and film.  Since 1985 New York Stage and Film has played a significant role in the development of new plays, provided a home for a diverse group of artists free from critical and commercial pressures, and established itself as a vital cultural institution for residents of the Hudson Valley and the New York metropolitan region www.newyorkstageandfilm.org.

Vassar College (Ed Cheetham, Producing Director) is a highly selective, coeducational, independent, residential, liberal arts college founded in 1861. Consistently ranked as one of the country’s best liberal arts colleges, Vassar is renowned for its long history of curricular innovation, and for the natural and architectural beauty of its campus. More than 50 academic departments and degree programs — from Anthropology to Cognitive Sciences to Urban Studies — encompass the arts, foreign languages, natural sciences, and social sciences, and combine to offer a curriculum of more than 1,000 courses.  Vassar College is sited in New York’s beautiful Hudson Valley in Poughkeepsie, NY.  www.vassar.edu