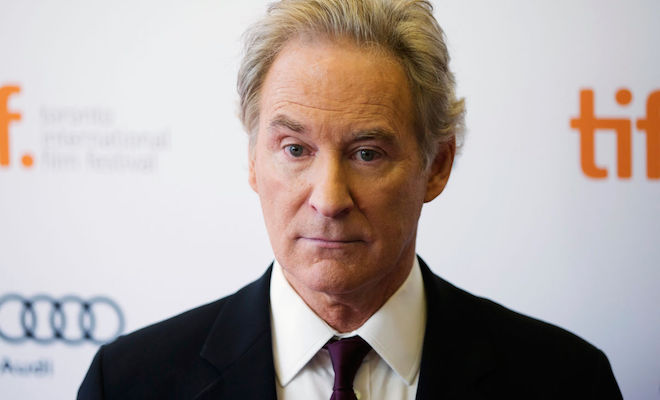 “In our fame and social media-obsessed age, it feels especially apropos to do a sex farce about being a celebrity,” said Mr. von Stuelpnagel. “We all curate a kind of facade, a public face, but when the laughs and the parties end, I think we’re left with something darker and deeply human: ourselves, private, true. Present Laughter is bitingly witty, full of glamour and vivid personalities, but beneath that, there’s something striking to me about the comedian stripped down to his most personal self, in this, Coward’s most personal play.”

Mr. Roth added, “If I didn’t know that Noel Coward wrote this part for himself, I’d say he must have written it for Kevin Kline. Kevin’s performances have been such an indelible part of my theatre-going and film-watching lifetime, as I know they have been for all of us. Being part of his return to Broadway and to the St. James is about as good as it gets.”

Noel Coward’s totally-irresistible comedy, Present Laughter, follows a self-obsessed actor (is there any other kind?) in the midst of a mid-life crisis. Freely indulging his considerable appetite for wine, women and sleeping late (not necessarily in that order), the theatre’s favorite leading man suddenly finds himself caught between fawning ingénues, crazed playwrights, secret trysts and unexpected twists.

Present Laughter first premiered on Broadway at the Plymouth Theatre in 1946, following an immensely successful wartime tour starring Coward himself. One of his most produced and beloved works, Present Laughter has come to define Coward’s singular comedic voice for generations of theatergoers. In addition to Coward, some of the world’s most accomplished stage actors, including the likes of Albert Finney, Peter O’Toole, and Ian McKellen, have played the lead role.

Additional news, including complete casting, will be announced shortly.

Kevin Kline has seamlessly transitioned between the worlds of theatre and film and has earned equal distinction in both. Kline is the recipient of numerous awards, including an Academy Award and two Tony awards. Kline will next be seen in Disney’s Beauty and the Beast, directed by Bill Condon with an all-star cast including Emma Watson, Ian McKellen, Luke Evans, Emma Thompson, Dan Stevens, and Josh Gad. Also upcoming for Kline is comedian Demetri Martin’s debut as a writer and director, Dean, opposite Martin, Mary Steenburgen, and Gillian Jacobs, which won the Best Narrative Feature Award at the 2016 Tribeca Film Festival and was released by CBS Films. In addition to his 1988 Academy Award for his role in the comedy A Fish Called Wanda and a 2008 Screen Actors Guild Award for HBO’s As You Like It, Kline is a five-time Golden Globe nominee for his roles in Sophie’s Choice, Dave, In & Out, Soapdish and De-Lovely; and he earned a Screen Actors Guild nomination for his performance in Life As A House. He was also the recipient of a Career Tribute at the 1997 Gotham Independent Film Awards. His additional film credits include The Big Chill, Silverado, I Love You To Death, Grand Canyon, French Kiss, Cry Freedom, The Ice Storm, A Midsummer Night’s Dream, The Anniversary Party, Fierce Creatures, Wild Wild West, The Emperor’s Club, Pink Panther, A Prairie Home Companion, The Extra Man, Trade (for which he won the CineMerit Award at the Munich Film Festival), Queen to Play, The Conspirator, Darling Companion (his sixth collaboration with director Lawrence Kasdan), The Last of Robin Hood, Last Vegas, My Old Lady, and Ricki and The Flash. A Juilliard graduate, Kline made his Broadway debut playing Vershinin in Anton Chekhov’s The Three Sisters for John Houseman’s The Acting Company, of which he is a founding member. For Hal Prince’s On the Twentieth Century he won both a Tony and a Drama Desk Award, and for The Pirates of Penzance, which had a successful run at The Public Theater before transferring to Broadway, he again won both a Tony and a Drama Desk Award, as well as the Obie Award for Outstanding Achievement by an actor. More recently, Kline was seen on Broadway in the critically acclaimed Cyrano de Bergerac, for which he received an Outer Critics Circle Award. Additionally, this is Kline’s second staged production to air on PBS’ Great Performances Series. The production earned him Emmy and SAG Award nominations. Kline won rave reviews for his Broadway performance in Shaw’s Arms and the Man directed by John Malkovich as well as Michael Weller’s Loose Ends, directed by Alan Schneider, and starred in Gerry Gutierrez’s production of Chekhov’s Ivanov at Lincoln Center. He won a Drama Desk award for his performance as Falstaff in Lincoln Center Theater’s production of Shakespeare’s Henry IV. At The Public’s Shakespeare in the Park, Kline has also appeared opposite Meryl Streep in The Seagull and in Mother Courage and Her Children. Kline has a three-decades long history with The Public Theater, during which he has played numerous Shakespearean characters, including the title roles in King Lear, Richard III and Henry V. Additional credits include Duke Vincentio in Measure for Measure, Benedick in Much Ado About Nothing and the title role in two productions of Hamlet. For the first production of Hamlet he won the Obie Award for Sustained Achievement in Theatre and for the second, which he also directed, he received five Drama Desk nominations, including best director and actor nominations. Later, he co-directed a televised version of the production for the PBS Great Performances Series. Kline has received the William Shakespeare Award for Classical Theatre by the by the Shakespeare Theatre Company, which recognizes an artist who has made a significant contribution to classical theatre in America, and was the first American actor to receive the Sir John Gielgud Golden Quill Award. In 2007, he was honored with the Lucille Lortel Award for Lifetime Achievement. In 2004, Kline was inducted into the Theatre Hall of Fame.
Moritz von Stuelpnagel helmed Robert Askins’ Hand to God, from its premiere Off-Off-Broadway at Ensemble Studio Theatre, to Off-Broadway at MCC Theater (earning him Lortel and SDC Callaway nominations), before bringing it to Broadway where the production received five Tony nominations (including best director and play), and Drama League and Outer Critics Circle nominations for outstanding production. He also directed Hand to God in London’s West End where it received an Olivier nomination for Best New Comedy. His recent Off-Broadway productions include Teenage Dick by Mike Lew (Public Theater), Important Hats of the Twentieth Century by Nick Jones (Manhattan Theatre Club), Verité by Nick Jones (Lincoln Center Theatre/LCT3), Bike America by Mike Lew (Ma-Yi Theatre), Love Song of the Albanian Sous Chef by Robert Askins (Ensemble Studio Theater), Trevor by Nick Jones (Lesser America), Mel & El: Show & Tell (Ars Nova), The Roosevelt Cousins Thoroughly Sauced by Mike Lew (Ensemble Studio Theatre), Spacebar by Michael Mitnick (Studio 42), and My Base and Scurvy Heart by Adam Szymkowicz (Studio 42). Around the United States, his work has been seen at the Alliance Theatre, Williamstown Theatre Festival, the Huntington Theatre, among others. He is the former Artistic Director of Studio 42, New York’s producer of “unproducible” plays. www.moritzvs.com

Noël Coward was born in 1899. After a successful career as a child actor he broke through as a playwright with The Vortex (1924). During the 1920s, 30s and 40s Coward wrote a string of successful plays, musical and revues including Fallen Angels (1925), Hay Fever (1925), Easy Virtue (1926), Bitter Sweet (1929), Private Lives (1930), Design For Living (1932), Words and Music (1932), Blithe Spirit (1941) and This Happy Breed (1943). During this time he also wrote, produced and co-directed with David Lean the Academy Award-winning film In Which We Serve (1942) as well as providing the screenplay for the British classic Brief Encounter (1945) which was based on his short play, Still Life. The post-war years were more difficult. Austerity Britain was out of tune with the celebrated witticisms of Coward’s comedies of manner. However, he reinvented himself as a cabaret and TV star, particularly in America. He played a sell-out season in Las Vegas in 1955, a show which featured many of his most famous songs including ‘Mad About the Boy’, ‘I’ll See You Again’ and ‘Mad Dogs and Englishmen’. Later in his career Coward would be lauded. In the early 1960s he became the first living playwright to be performed at the newly formed National Theatre when he directed Hay Fever there. He also made memorable appearances in films such as Our Man In Havana (1959) and as the iconic Mr Bridger in The Italian Job (1968). Writer, actor, director, producer, painter, songwriter, cabaret artist as well as an author of a novel, verse, essays and two autobiographies, Coward was referred to by close friends as ‘The Master’. He was knighted in 1970 and died in 1973. For further information on Noël Coward’s life and work, visit www.noelcoward.com, to join the Noël Coward Friends, visit http://www.noelcoward.net/ www.noelcoward.net

Jujamcyn Theaters is recognized as a theatrical innovator for championing shows that push the boundaries of Broadway and for creating uniquely welcoming experiences for audiences and artists. Jujamcyn’s five Broadway theatres are the St. James, Al Hirschfeld, August Wilson, Eugene O’Neill, and Walter Kerr where current productions include the Tony Award-winning Best Musicals The Book of Mormon, Kinky Boots and Jersey Boys, as well as Falsettos, Something Rotten! and the upcoming Groundhog Day and Frozen. Join us at Jujamcyn.com.