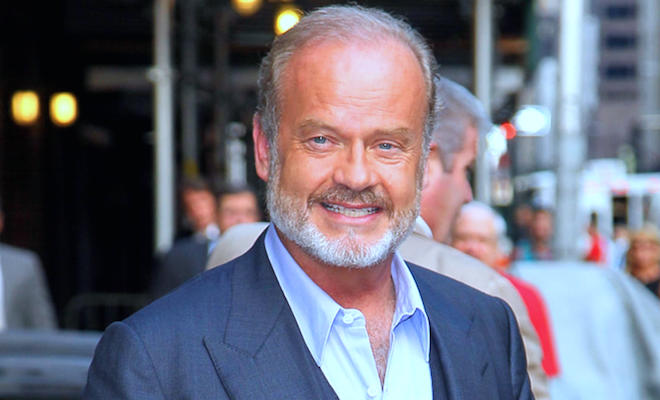 KELSEY GRAMMAR TO STAR IN “NEVERLAND”

New York – As was announced live earlier this morning on NBC’s “Today Show,” Tony® Award Nominee and five-time Emmy® Award winner Kelsey Grammer will return to Broadway in Finding Neverland as Charles Frohman (J.M. Barrie’s theatrical producer). Grammer appeared on the national morning television program alongside Matthew Morrison, who will be playing the role of Barrie, as was announced earlier this week. Finding Neverland will begin previews on Sunday, March 15, 2015, at Broadway’s Lunt-Fontanne Theatre (205 West 46th Street), and will open on Wednesday, April 15.

“I couldn’t be more thrilled that Kelsey is joining our cast as Charles Frohman, J.M Barrie’s producer” said Harvey Weinstein. “He might be the best theater producer on Broadway this season! I was an investor in La Cage when Kelsey did it and he was sensational as audiences and critics will attest. This is an absolute coup for this show.”

Based on the Miramax motion picture by David Magee and the play The Man Who Was Peter Pan by Allan Knee, Finding Neverland follows the relationship between playwright J. M. Barrie and the family that inspired Peter Pan, or The Boy Who Wouldn’t Grow Up – one of the most beloved stories of all time.

Directed by Tony Award®-winner Diane Paulus (Pippin) with book by Olivier Award®-nominee James Graham, music and lyrics by U.K. pop sensation Gary Barlow (Take That) and Grammy Award®-winner Eliot Kennedy, choreography by Emmy Award®-winner Mia Michaels (So You Think You Can Dance), this new musical explores the power of imagination to open up new worlds, and the pressures put upon those worlds by the inevitability of growing up.

In its sold-out, world-premiere engagement at the American Repertory Theater (A.R.T.) at Harvard University, Finding Neverland played a total of 75 performances at the Loeb Drama Center on – all of which played to capacity crowds, making it the highest attended and highest grossing production in A.R.T.’s 34-year history.