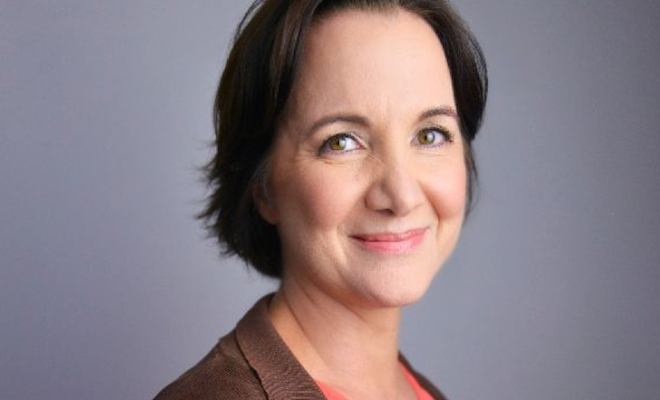 “Molly Sweeney’s resonate meditation on sight and dreams has captivated me since I first read it over twenty years ago and I am thrilled to begin rehearsals with this terrific cast and creative team. Pamela is a wonderful actor, and her experience as a person with low vision has already illuminated the text for me in new ways. Paul and Tommy are both inspired actors who I have wanted to work with for quite some time. Keen is working with consultant George Ashiotis (former co-Artistic Director, Theatre by the Blind) and partnering with blind and low vision schools and organizations to make Molly Sweeneyaccessible to the blind and low vision audience, including offering touch tours and audio described performances. We hope to create a welcoming space for conversation about choice, representation, and connection,” said Silverstein.

Performances for the limited Off-Broadway engagement of Molly Sweeney will begin Tuesday, October 8th, and continue through November 16th only, with opening night set for Wednesday October 23rd.

Having lost her sight at infancy, Molly Sweeney (played by Pamela Sabaugh) knows the world through touch, sound, taste, and smell. When her hopeful husband (Tommy Schrider) and ambitious doctor (Paul O’Brien) propose an operation to restore her sight, Molly and those around her begin to understand that things may not all be as they appear. Brian Friel, Ireland’s master storyteller (Dancing at Lughnasa, Faith Healer, Translations) creates a riveting contemporary drama about the unexpected consequences of a medical miracle. “Molly Sweeney is an astonishing work… A deeply moving meditation on hope, change and despair” declared The New York Times.

From one of Ireland’s best living playwrights, this striking piece of dramatic writing is a daring piece of theater. Keeping the play’s three characters on stage at all times to speak directly to the audience, Brian Friel presents three points of view to the same intriguing tale. Each of their voices interweaves, threading in and out with details, spinning a lush and sensate narrative, and carrying us effortlessly to an unexpected and poignant conclusion. Deceptively simple, yet richly multilayered—combining both an insightful story about the way we perceive our existence with an allegory for our times — Molly Sweeney is an Irish storyteller’s art to create an unforgettable theater piece, painting scenery and rousing emotions with nothing more than the simple purity of beautifully rendered words.

Writing in The New York Times, longtime critic Vincent Canby said “Brian Friel has been recognized as Ireland’s greatest living playwright almost since the first production of Philadelphia, Here I Come! in Dublin in 1964. In succeeding years, he has dazzled us with plays that speak in a language of unequaled poetic beauty and intensity. Such dramas as Translations, Dancing at Lughnasa and Wonderful Tennessee, among others, have given him a privileged place in our theater.

Pamela Sabaugh most recently performed for the United Nations in Geneva Switzerland with Theater Breaking Through Barriers where she is a long time company member. Some favorite TBTB Off-Broadway credits include Gurney’s The Fourth Wall, The Cocktail Hour; Sam Hunter’s The Healing; Bruce Graham’s According to Goldman; Shakespeare’sHamlet, The Merchant of Venice. Other stage credits include Brooklyn Academy of Music, PS 122, The Shakespeare Theatre of New Jersey, The Adrienne, Court Theatre of Chicago, Hilberry Theatre Detroit. Film: Lefty & Loosey, Goldberg P.I., One Angry Man, The InBetween. TV: “Guiding Light,” “One Life to Live,” ABC’s “What Would You Do.” Pamela is a recipient of the Princess Grace Award for Acting and Fringe NYC’s Outstanding Performance Award, and she continues to perform her critically acclaimed solo rock musical, Immaculate Degeneration, to audiences both at home and abroad.

Keen Company creates theater that provokes identification, reflection, and emotional connection. In intimate productions of plays and musicals, we tell wholehearted stories about people striving to do their best and the decisive moments that change us. Keen has been honored with eleven Drama Desk nominations, two Drama Desk Awards, two Drama League nominations, and two Obie Awards.

All performances are at Theatre Row (410 West 42nd Street, between 9th and 10th Avenues).  We look forward to seeing you there.  If you can not make one of the performances offered above, you are welcome later in the run, subject to availability.