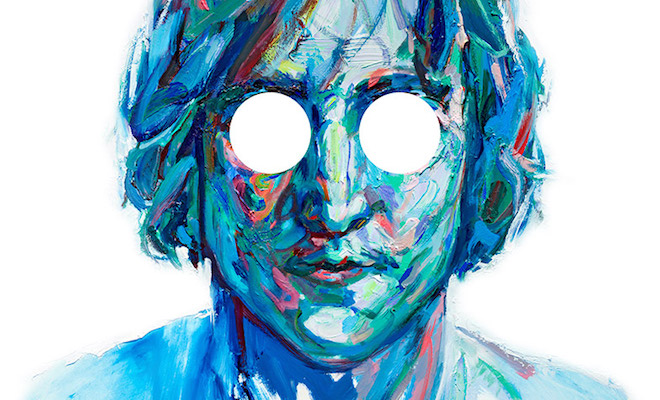 John Lennon is back and he’s on the New York stage – or at least his words and his music are. The Off-Broadway hit musical Lennon: Through a Glass Onion is now playing at the Union Square Theatre and features the music of John Lennon and Lennon & McCartney. This must-see show features a plethora of Lennon hits including “All You Need is Love”, “Lucy in the Sky with Diamonds”, “Imagine”, “Come Together”, “Help”, and “Strawberry Fields Forever”.

Producers describe the performance as “part spoken word, part concert, and all heart, a celebration of one of the most distinct voices of his generation: John Lennon.” With only two performers onstage, this simple production is both intimate and powerful, as it gives audiences an inside look into the life and times of one of the most famous musicians of the twentieth century.

Show-creator John R. Waters stars in the show, with accompanist Stewart D’Arrietta joining him onstage. Waters is one of Australia’s most critically acclaimed actors and singers, and he has built a fan base across various medium: film, TV, music, theater, and musicals. D’Arrietta has quite the list of credits as well, having served in the role of performer, musical director, and composer around the globe.

Lennon: Through a Glass Onion has already played to audiences worldwide. The show began in Sydney, Australia in 1992 at the Tilbury Hotel. It has since gone on to play London’s West End, and most recently arrived Off-Broadway back in October.

Reviews for the show – and for the performances – have been absolutely stellar. Entertainment Weekly says, “Lennon soars with joy and greatness!” Time Out Sydney writes, “Part biography, part music – this homage to John Lennon is sure to make you shed a tear.” And The Post reveals, “Through A Glass Onion is more than fabulous and familiar music, it is a theatrical insight into the man behind the music.”

With such positive reviews from critics and audiences, Lennon is teetering on the edge of becoming one of the hot ticket shows in town. And with the Lennon: Through a Glass Onion only playing a limited run, you better get your tickets while you still can. Lennon is currently playing Tuesdays through Sundays at the Union Square Theatre.

← Previous Story FOUND THE MUSICAL
Next Story → CONSTELLATIONS ON BROADWAY