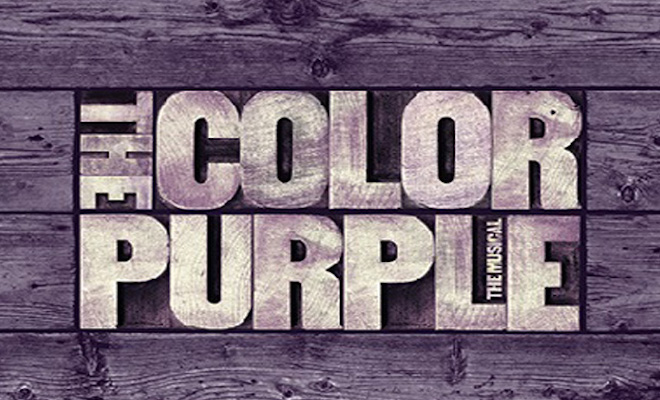 August 24, 2016 – Beginning performances Tuesday, October 4, Tony and Grammy Award winner JENNIFER HOLLIDAY will assume the role of Shug Avery in John Doyle’s Tony Award-winning production of the Broadway musical, THE COLOR PURPLE. HEATHER HEADLEY, who is currently performing the role, will give her final performance on Sunday, October 2.

“I was deeply moved by this truly uplifting production of THE COLOR PURPLE and I am highly honored and absolutely thrilled to be joining this extraordinary cast,” said Holliday. “Nothing compares to performing before a Broadway audience and I can’t wait to return to the Broadway stage, where I started my career over 35 years ago.”

“There is a rich and significant legacy to the line of women who have been part of THE COLOR PURPLE, and I am very honored and excited to work with another major actress as she assumes one of its iconic roles,” said Tony-winning director John Doyle. “I am very taken with Ms. Holliday’s approach to the character of Shug and I look forward to sharing how her integrity and experience will enrich this production of THE COLOR PURPLE.”

JENNIFER HOLLIDAY catapulted to stardom 35 years ago in the smash Broadway musical, Dreamgirls, with her show-stopping performance as Effie “Melody” White, the iconic role which garnered her a Tony Award for Best Actress in A Musical. She was discovered at age 17 while singing in her church choir in Houston, Texas by Broadway dancer Jamie Patterson, who persuaded and guided her to New York, where she made her Broadway debut in Vinnette Carroll’s Your Arms Too Short To Box With God as a featured soloist. Beyond Broadway, Ms. Holliday appeared as cast regular Lisa Knowles on the quirky Fox TV hit show, Ally McBeal. She has also enjoyed a successful recording career, winning her first Grammy Award for Best Female R&B Vocal Performance for her torch-ballad signature song, “And I Am Telling You, I’m Not Going.” Most recently, Ms. Holliday received rave reviews and top soul-music charts recognition for her latest CD, The Song Is You.

THE COLOR PURPLE opened to rapturous reviews on December 10th at the Bernard B. Jacobs Theatre (242 West 45th street), under the direction of Tony Award winner John Doyle.

“ONE OF THE GREATEST REVIVALS EVER,”
– Jesse Green, New York Magazine

“WOW! A DIRECT HIT TO THE MIND AND GUT – IT FLOORS YOU,
LEAVING YOU BOTH DRAINED AND EXHILARATED.”
– David Rooney, Hollywood Reporter