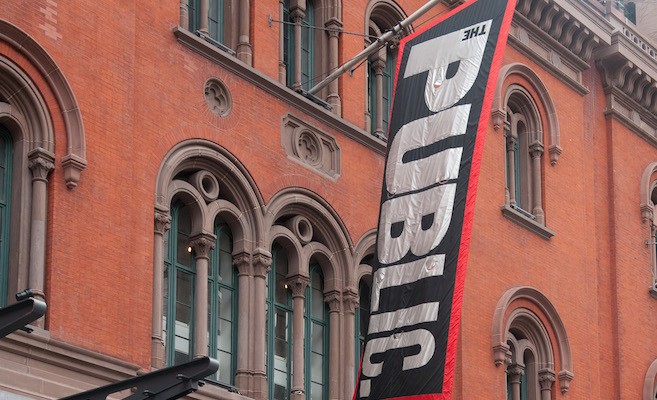 INITIAL CASTING FOR “ONE THRILLING COMBINATION”

AT THE DELACORTE THEATER ON
MONDAY, JUNE 23

For nearly 60 years, The Public has developed and produced groundbreaking new works while nurturing the careers of artists and providing access for audiences with thousands of free and low-cost tickets. Though Marvin Hamlisch passed away in 2012, the spirit of his original collaboration with The Public lives on.  His contributions to A Chorus Line changed musical theater history and changed the trajectory of The Public Theater. The Public is thrilled to be honoring Hamlisch as this year’s 2014 Artistic Honoree, in an evening that will also include songs from throughout his theatrical career.

Renée Beaumont and Lizanne Rosenstein will serve as Gala Co-Chairs for this memorable evening in Central Park to support The Public Theater.  The evening at the Delacorte will begin with cocktails at 5:00 p.m. followed by dinner alfresco in Central Park. The performance of ONE THRILLING COMBINATION at 8:00 p.m. will be followed by a dessert reception under the stars. The gala performance rain date is Tuesday, June 24.

Tickets to The Public Theater’s Annual Gala ONE THRILLING COMBINATION start at $650 and are available for purchase by calling (212) 539-8634, online at www.publictheater.org, or via email at gala@publictheater.org. Proceeds from the gala will help support The Public’s mission of providing a home for artists who give voice to the pressing issues of our time, provide affordable access to thousands of New Yorkers with free Shakespeare in the Park and other groundbreaking works, and strengthen the vital relationship between our artists and audiences.

A CHORUS LINE, first staged in The Public’s Newman Theater in 1975, features a book by Nicholas Dante and James Kirkwood, lyrics by Edward Kleban, and music by Marvin Hamlisch. The show was conceived and originally directed and choreographed by Michael Bennett and later transferred to Broadway to win the 1976 Tony Award for Best Musical, as well as eight other Tony Awards. The original Public Theater cast featured Kelly Bishop as Sheila, Robert LuPone as Zach, and Donna McKechnie as Cassie Ferguson.

TED SPERLING (Director) is The Public’s Musical Theater Initiative consultant, and is a director, music director, arranger, orchestrator, conductor, singer, pianist, and violinist. For The Public he directed the 2013 Gala Concert of The Pirates of Penzance, as well as See What I Wanna See and did the musical direction for Saturn Returns. In 2005, he won Tony and Drama Desk Awards for his orchestrations of The Light In The Piazza (also music director). His other Broadway credits as music director/conductor/pianist include Dirty Rotten Scoundrels, The Full Monty, How To Succeed In Business Without Really Trying, Kiss Of The Spider Woman, Angels In America, My Favorite Year, Falsettos, Drood, Les Misérables, Roza, and Sunday In The Park With George.

Under the leadership of Artistic Director Oskar Eustis and Executive Director Patrick Willingham, The Public Theater is the only theater in New York that produces Shakespeare, the classics, musicals, contemporary and experimental pieces in equal measure. The Public continues the work of its visionary founder, Joe Papp, by acting as an advocate for the theater as an essential cultural force, and leading and framing dialogue on some of the most important issues of our day.  Creating theater for one of the largest and most diverse audience bases in New York City for nearly 60 years, today the Company engages audiences in a variety of venues—including its landmark downtown home at Astor Place, which houses five theaters and Joe’s Pub; the Delacorte Theater in Central Park, home to its beloved, free Shakespeare in the Park; and the Mobile Unit, which tours Shakespearean productions for underserved audiences throughout New York City’s five boroughs. The Public’s wide range of programming includes free Shakespeare in the Park, the bedrock of the Company’s dedication to making theater accessible to all; Public Works, a new initiative that is designed to cultivate new connections and new models of engagement with artists, audiences and the community; new and experimental stagings at The Public at Astor Place, including Public Lab and Public Studio; and a range of artist and audience development initiatives including its Public Forum series, which brings together theater artists and professionals from a variety of disciplines for discussions that shed light on social issues of the day.  The Public also serves as a home for other New York City cultural programs that include The Shakespeare Society, The PEN World Voice Festival and City Center’s Fall For Dance.  This summer The Public Theater will stage Much Ado About Nothing and King Lear as part of the 2014 free Shakespeare in the Park summer season at the Delacorte. The Public Theater is located on property owned by the City of New York and receives annual support from the New York City Department of Cultural Affairs.  In October 2012 the landmark building at Astor Place was revitalized to physically manifest the Company’s core mission of sparking new dialogues and increasing accessibility for artists and audiences, by dramatically opening up the building to the street and community, and transforming the lobby into a public piazza for artists, students, and audiences. Key elements of the revitalization included an expanded and refurbished lobby and the addition of a mezzanine level with a new restaurant lounge, The Library, designed by the Rockwell Group. The LuEsther T. Mertz Charitable Trust provides leadership support for The Public Theater’s year-round activities.  www.publictheater.org