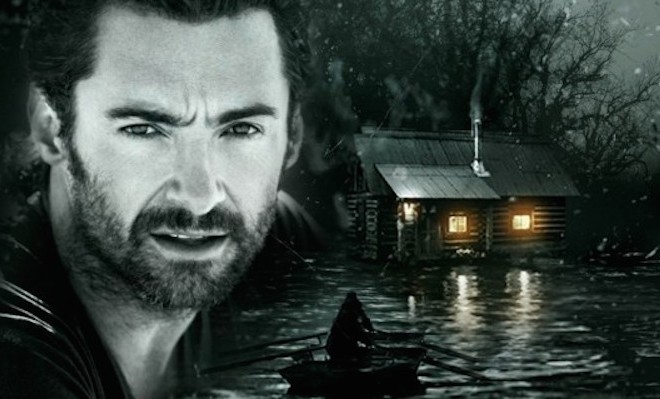 Aussie, Aussie, Aussie, Oi Oi Oi! Broadway’s favorite Aussie, Hugh Jackman (who else?) is finally swimming back to the main stem in this season’s highly anticipated production of The River.

The play, from Tony-nominated playwright Jez Butterworth, last represented on Broadway with Jerusalem, follows a man and a woman in a remote fishing cabin above a river on a clear night. According to the show’s official site, The River asks the question: “when we find each other, are we trying to recapture someone we once lost?”

Regardless of the answer to that question, I’d say Broadway is certainly glad to have “recaptured” Jackman once again! Last seen on Broadway in 2011, in his critically acclaimed one-man concert, aptly named Hugh Jackman, Back on Broadway, Hugh previously appeared opposite Daniel Craig in 2009’s A Steady Rain, and of course, in The Boy from Oz, where his portrayal of Australian singer Peter Allen earned him a Tony, a Drama Desk, an Outer Critics Circle, a Theatre World Award, and a Drama League Award. Let’s not forget his stints as Tony Awards host, which came in 2003, 2004, 2005, and the recent 2014 ceremony held last June. And, just because we can, let’s throw in his surprise performance at the 2011 Tony Awards opposite Tony-host-that-year Neil Patrick Harris.

Hugh’s certainly racked up his fair share of theatrical awards as well. In addition to the aforementioned Tonys which he won for his Broadway debut, he’s also the recipient of a 2012 Special Tony for his contributions to Broadway Cares/Equity Fights AIDS, donated during the time of his solo show. And, in 2005, he won an Emmy for hosting the 2004 Tony Awards.

Though Jackman was recently quoted on The Tonight Show telling host Jimmy Fallon that Australians make the worst houseguests because, “they never leave,” I’m pretty sure Broadway’s happy Jackman’s parked it in New York for a while, and won’t be leaving until early next year.

The River begins previews at the Circle in the Square Theatre on October 31, and opens officially on November 16. In addition to Jackman, the production features performers Laura Donnelly and Cush Jumbo, and is directed by Ian Rickson. Get your tickets today!