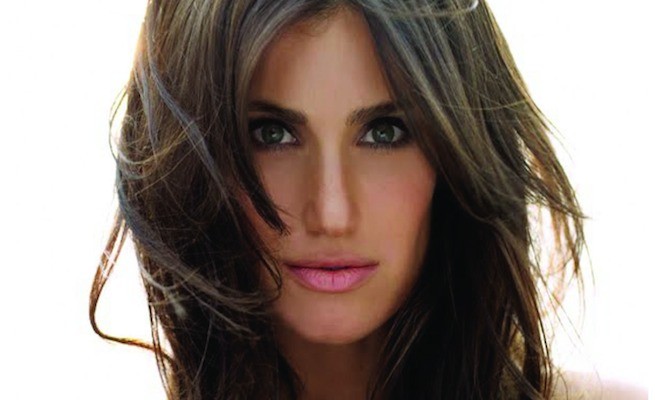 This season features a long list of big names on the Broadway stage:  Denzel Washington, Michelle Williams, Daniel Radcliffe, James Franco, Marisa Tomei.  But let’s not forget one of the hottest names out there right now (even though John Travolta couldn’t seem to remember it).  Broadway superstar Idina Menzel is currently one of the biggest names on stage (and screen), and her latest show If/Then just proves that she is not going away anytime soon.

Getting her big break as Maureen in the hit musical Rent back in the mid-90s, Menzel has been working nonstop in the theater world.  Making waves in The Wild Party and Aida, she subsequently landed in one of the most memorable musicals of the last twenty years – Wicked.  Playing opposite Kristin Chenoweth as the deliciously “evil” Elphaba, Menzel went on the win the Tony Award for Best Performance by a Leading Actress in a Musical.  Wicked follows the story of two unlikely friends – Elphaba and Glinda – as they navigate the tumultuous political waters of the “merry old land of Oz”.  And while Menzel has since moved on to even bigger and better things, Wicked is still running strong at the Gershwin Theatre on 51st Street.

But even after two massively memorable roles like Maureen and Elphaba, Idina Menzel is not quite finished yet.  She is back and better than ever in this season’s If/Then.  This brand new musical from the folks who brought you Next to Normal is about the journey of Elizabeth (played by Menzel).  As chance and circumstance propel her life in two potentially drastic different directions (a la the film Sliding Doors starring Gwyneth Paltrow), Elizabeth finds that her new life in New York may not be nearly as predictable as she thought.

Even with so much happening on stage, the reason Idina Menzel is currently a household name may have a little something to do with John Travolta’s “flub heard ‘round the world”.  In case you missed it, Travolta accidentally introduced Menzel at this year’s Oscars as “the wickedly talented… Adelle Dazeem”.  The mistake was so massive – and hilarious – that “Adelle Dazeem” is now just as much a household name as John Travolta.  But flub or no flub, Menzel’s performance as the snow queen Elsa in Disney’s Frozen, and her rendition of the Academy Award winning song “Let It Go” (which is now climbing the music charts), are certainly accomplishments to be admired.

With a new Broadway musical, a Disney song on the music charts, and a Travolta-inspired alter-ego, it is no wonder that Idina Menzel is one of the hottest names on Broadway right now.  And if her history has showed us anything, there will certainly be more from Menzel coming soon to a stage or a screen near you.

← Previous Story IS THIS A SECRET TO OFF-OFF BROADWAY SURVIVAL?
Next Story → MOSS HART IN ROCHESTER NEW YORK