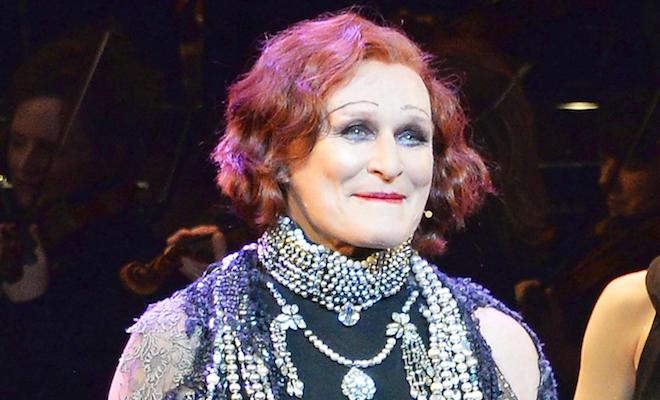 AT THE PALACE THEATRE FOR A LIMITED 16-WEEK ENGAGEMENT

FEATURING THE BIGGEST ORCHESTRA ON BROADWAY IN MORE THAN 80 YEARS

Broadway producers Paul Blake and Mike Bosner announced today that they will reunite Close with her co-stars from the the English National Opera production. Featuring the biggest orchestra on Broadway in more than 80 years, Sunset Boulevard will co-star Michael Xavier as Joe Gillis, Siobhan Dillon as Betty Schaefer, and Fred Johanson as Max von Mayerling. Additional casting, will be announced shortly.

In her mansion on Sunset Boulevard, faded, silent-screen goddess, Norma Desmond, lives in a fantasy world. Impoverished screen writer, Joe Gillis, on the run from debt collectors, stumbles into her reclusive world. Persuaded to work on Norma’s ‘masterpiece’, a film script that she believes will put her back in front of the cameras, he is seduced by her and her luxurious life-style. Joe becomes entrapped in a claustrophobic world until his love for another woman leads him to try and break free with dramatic consequences.

The lush, swelling melodies of Andrew Lloyd Webber’s acclaimed score include, “With One Look,” “As If We Never Said Goodbye,” and “Perfect Year.”

Sunset Boulevard originally premiered in London’s West End at the Adelphi Theatre in 1993, where it ran for almost four years and played to nearly two million people. The American premiere was at the Shubert Theatre in Century City, Los Angeles in December 1993 with Glenn Close as Norma. The musical was an instant success and played 369 performances before moving to Broadway in 1994 with, what was then, the biggest advance in Broadway history, at $37.5million.

When Sunset Boulevard opens on Broadway, Andrew Lloyd Webber will have the rare distinction of having four musicals running simultaneously on Broadway: The Phantom of the Opera, School of Rock – The Musical, CATS, and Sunset Boulevard.

Tickets for Sunset Boulevard are $65 – $199 and are available by calling Ticketmaster at 877-250-2929 or online at www.ticketmaster.com/sunset. Performances will take place on Wednesdays at 2 pm and 8 pm, Thursdays at 7 pm, Fridays at 8 pm, Saturdays at 2 pm and 8 pm, and Sundays at 3 pm. The week of February 6, there will be a performance on Tuesday, February 7 at 8 pm and no performance on Thursday, February 9.