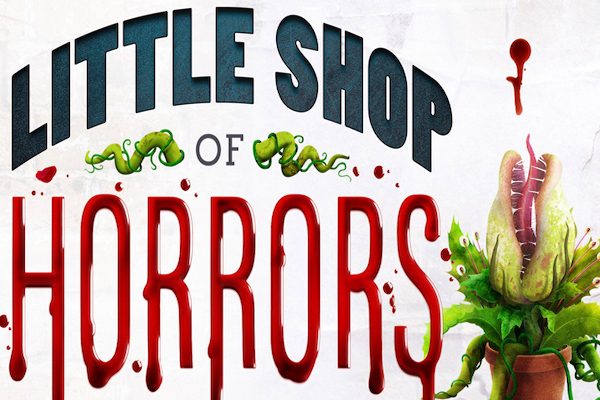 Gideon Glick as ‘Seymour’ For Two Weeks Only

(New York, NY – Wednesday, August 21) The producers of the Off-Broadway return of Howard Ashman and Alan Menken’slandmark musical LITTLE SHOP OF HORRORS are thrilled to announce that Tony Award nominee Gideon Glick (To Kill A Mockingbird, Significant Other) will join the cast of the production for two weeks only, from Tuesday, November 5 – Sunday, November 17, while original star Jonathan Groff is on a scheduled leave from the production.

Gideon Glick can currently be seen in his Tony-nominated performance as “Dill Harris” in the Broadway adaptation of To Kill A Mockingbird, written by Aaron Sorkin and based on Harper Lee’s classic novel. Previously, he reprised his role as Jordan Berman in the Broadway production of Significant Other at The Booth Theatre, for which he earned a 2017 Drama League Award nomination. Gideon made his Broadway debut in the original cast of the groundbreaking Tony-winning musical Spring Awakening, and has starred Off-Broadway as Tom in Samuel Hunter’s The Harvest for LCT3/Lincoln Center and Matthew in The Few for the Rattlestick Theatre Company. Other stage credits include Speech and Debate for the Roundabout Theatre Company, Into the Woods at the Delacorte, Spider-Man: Turn Off the Dark on Broadway, Peerless at the Cherry Lane Theatre, and Wild Animals You Should Know for the MCC Theater. In film, Gideon recently appeared as ‘Kyle McCallister’ in Gary Ross’ Ocean’s 8, and will be seen in Noah Baumbach’s upcoming film Marriage Story. Additional onscreen roles include Speech & Debate, Song One, A Case of You, Gods Behaving Badly, One Last Thing, “The Detour,” “Devious Maids,” “Elementary,” “The Good Wife,” “Margot vs. Lily,” “Redheads Anonymous,” “Man Seeking Woman,” “It Could Be Worse” and “Wallflowers.”

Seymour is a down-on-his-luck florist with a crush on his co-worker Audrey. When he discovers a mysterious – and voracious – plant, suddenly Seymour and Audrey are thrust into an epic battle that will determine the fate of the entire human race.  With a book and lyrics by Grammy and Academy Award winner Howard Ashman (The Little Mermaid, Beauty and the Beast), and music by Tony and Academy Award winner Alan Menken (Aladdin, Newsies), LITTLE SHOP OF HORRORS first premiered Off-Broadway in 1982, where it made audiences laugh, scream, and give up gardening for good.  The musical has since catapulted into a global phenomenon, with productions across the world from Broadway to London’s West End, to Asia and Australia – plus a hit 1986 film adaptation directed by Frank Oz that starred Rick Moranis, Ellen Green and Steve Martin. Now, the musical makes its highly-anticipated return home to Off-Broadway, in an intimate new production directed by Michael Mayer that offers an unprecedented opportunity to get close — maybe too close — to an incredible plant with an insatiable appetite.

Tickets through November 24 are now on sale at Telecharge.com/212-239-6200 (outside NY metro area: 800-432-7250) and at the Westside Theatre Box Office (407 W. 43rd St.). Box office hours are 12-6PM or until showtime on performance days. The preview playing schedule for LITTLE SHOP OF HORRORS is Monday–Saturday at 8PM, with Saturday matinees at 2PM.  Beginning October 18, the regular playing schedule will be Tuesdays and Thursdays at 7PM, Wednesdays and Saturdays at 2PM & 8PM, Fridays at 8PM and Sundays at 3PM.