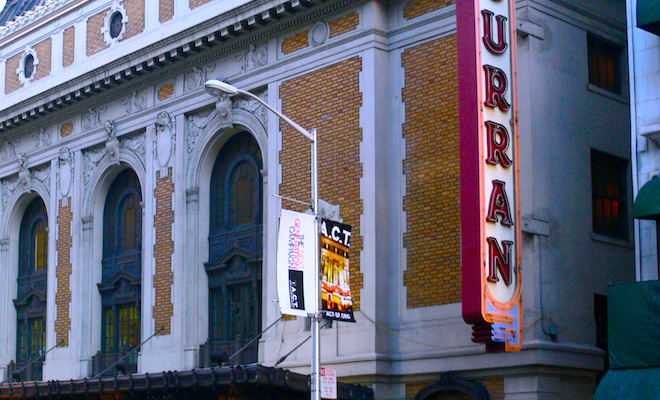 New York, NY (March 14, 2016) – Producers Fox Theatricals (Kristin Caskey, Mike Isaacson) and Barbara Whitman are thrilled to announce that the National Tour of Fun Home, the groundbreaking and Tony Award-winning Best Musical, will re-open San Francisco’s iconic Curran Theatre, playing January 25 – February 19, 2017. The news was announced on Monday night by Carole Shorenstein Hays, live from the stage of the Curran, where the Tony-winning creative team appeared on-stage with Lieutenant Governor of California, Gavin Newsom, where they discussed details of the new national production of the musical.

The first national tour, which will launch in fall 2016, will also play engagements in several other major cities, including Chicago, Las Vegas, Denver, Houston, Seattle, and many more.

“Fun Home is such a universal story, and we’re thrilled that the show will be able to reach audiences coast-to-coast,” producers Kristin Caskey, Mike Isaacson and Barbara Whitman said. “People have come from all over the country to see Fun Home on Broadway, and we always hear the same question: ‘When will Fun Home come to my city?’ We’re thrilled they will now be able to share the show with their families and friends.”

“I first came to the Curran with my family. I was 10 years old and I remember feeling welcomed with open arms.” Shorenstein Hays said. “Fun Home is just that kind of musical. It reflects the open-hearted spirit I experienced that first time I ever walked into the Curran. This is the perfect show to welcome everyone, one and all, to our new home, and how fitting that we will be sharing this show with Bay Area audiences right on the heels of the inauguration of the next President of the United States.”

Fun Home will also play the following cities, with many more to be announced:

Tony Award-winning director Sam Gold, who staged both the Off Broadway and Broadway productions of Fun Home, will be restaging the national tour. Casting for the tour will be announced at a later date.

The Broadway production of Fun Home opened on Broadway on April 19, 2015 and is currently playing to sold-out houses in-the-round at Broadway’s Circle in the Square Theatre (235 West 50th St.).

Based on Alison Bechdel’s best-selling graphic memoir, Fun Home features music by Jeanine Tesori, book and lyrics by Lisa Kron and direction by Sam Gold, whose work on this production earned them Tony Awards for Best Score, Best Book and Best Direction.

Fun Home introduces us to Alison at three different ages, revealing memories of her uniquely dysfunctional family – her mother, brothers and volatile, brilliant, enigmatic father – that connect with her in surprising new ways. A finalist for the Pulitzer Prize, Fun Home is a refreshingly honest, wholly original musical about seeing your parents through grown-up eyes.