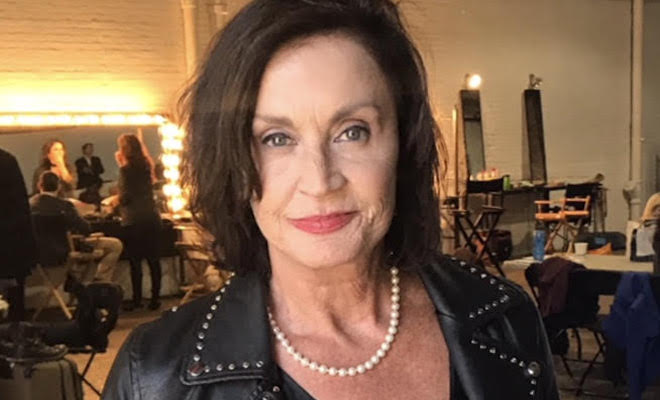 From Heroin Addict to Star

If there were ever a role tailor-made for Mary Goggin it is that of Ella O’Neill—famed mother of playwright Eugene O’Neill–in Ann Harson’s upcoming play, MILES TO BABYLON, part of this summer’s offering at the Broadway Bound Theatre Festival.

“When I saw the breakdown on Backstage, I was like, “Oh MY GOD was this written for me?” said the New York City-based stage and screen actor.

As many know, Ella O’Neill was the model for Mary Tyrone in Eugene O’Neill’s final work Long Day’s Journey Into Night, which tells the story of the Tyrone family, who closely resemble the members of Eugene’s family. Playwright Harson, in writing the play, wanted to set the record straight.

“I hadn’t met Ann, but I felt I as if the person who wrote this knew about the mind of a junkie. And afterward, when we were talking, Ann told me the reason she wrote it, was to exonerate Ella O’Neill because she got a bum rap.”

MILES TO BABYLON focuses on O’Neill’s recovery in 1914, a poignant tale of a woman struggling with drug addiction. Goggin is a former heroin addict, who’s been sober for several decades. But the similarities don’t end there. Like Ella O’Neill, Mary is the child of Irish parents.

“My mom and dad were born in Ireland where acting was not considered a suitable career when I was a kid,” said the Throgs Neck native. “I was brought up in a strict Catholic family. I went high school back in Ireland and picked up heroin at 12, which turned to coke, multiple drug programs, then to hooking and being a call girl. I finally got sober at 35.”

Playing the recovering morphine addict hits a bit too close to home, but as a true professional, Goggin knew when she was asked to take on the role that she had play it.

“It’s a scary place to go, I’m so grateful I have a gold mine of experience that I can draw on. It’s so close to me. The pain and the bargaining that you see Ella go through. It’s a personal challenge and it scares me a little going back there—to that place where I used to be and I know so well. But I absolutely need to do it.”

Goggin admits that her journey to acting has been unconventional.

“I’d been sober a year and attended this treatment in Garrison, New York for recovering alcoholic women. I sat down with this nun, she asked, “Are you an actor?” I said, “Yeah, I wish.” That’s when I realized that is what I wish! When I started doing theater I found it. I found out who I was. And this a real need.”

That was 1992. She applied and was accepted on full scholarship to Marymount College and graduated at the age of 48. “Everyone was 18 in my class, except for me. Then I got my SAG card in 1999. And I haven’t had a day job since. I pretty much I am following my calling. Doing what my gut tells me to do.”

You can see Mary Goggin portray Ella O’Neill at the Broadway Bound Theatre Festival in the East Village as part of its Incubator Reading Series. MILES TO BABYLON is open and free to the public. One performance only on Tuesday, Aug. 7 at 5:00 at the Theater at the 14th Street Y (344 E 14th St.) as one of 21 different shows that make up Broadway Bound Theatre Festival’s 2018 season. To reserve your seat, please log onto www.broadwayboundfestival.com.

She’s also starring in her own one-person show this September, about her life’s experiences, Runaway Princess, a hopeful tale of heroin, hooking and happiness.