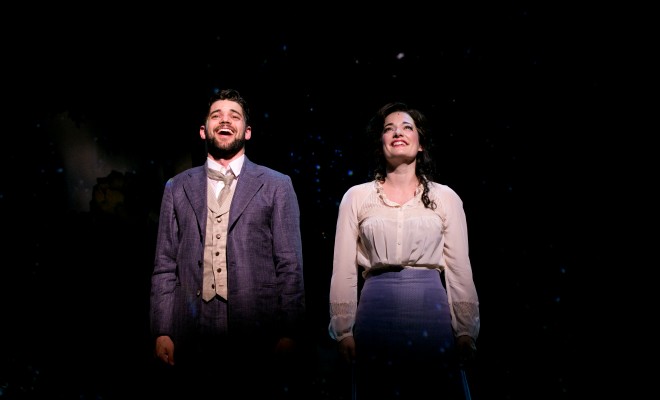 The pre-Broadway premiere of Finding Neverland, the musical based on the 2004 film of the same name, opened on August 13 in Cambridge, MA at The American Repertory Theatre. Performances of this production will continue through September 28. It was announced shortly after the opening that the musical would receive its Broadway premiere in Spring of 2015 at a theatre to be announced at a later date.

Finding Neverland features a book by James Graham (This House), a score by UK songwriters Gary Barlow and Elliot Kennedy, and direction by Diane Paulus (Hair, The Gershwin’s Porgy and Bess). It had previously received its UK premiere in 2012. This production features the most recent revisions, and has been supervised by producer Harvey Weinstein.

The Broadway production will open in March 2015 at a Nederlander Theatre to be announced. No word yet on a creative team or casting for the Broadway outing.

← Previous Story FALL PREVIEW: 12 SHOWS ARRIVING ON BROADWAY THIS FALL
Next Story → ” YOU CAN’T TAKE IT WITH YOU” MAKES A STAR-STUDDED RETURN TO THE GREAT WHITE WAY