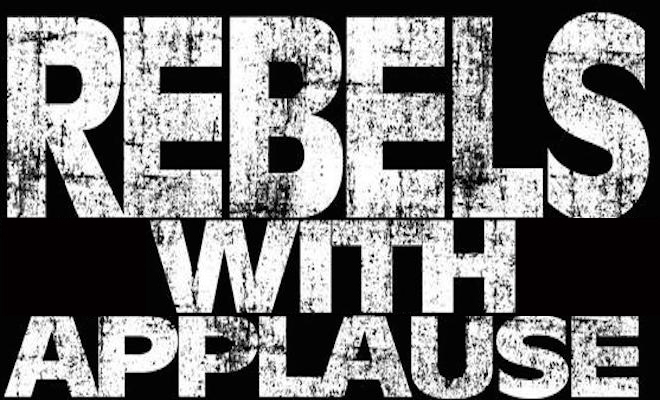 When I read Percy Shelley’s “A Defense of Poetry,” I thought, someone should write a defense of musicals. Musicals are the offspring of dance, theatre, and music that connoisseurs of those three exalted forms sometimes consider comparatively frivolous. Fortunately, there is such a text. Scott Miller opens his 2001 book, Rebels With Applause, with an “Overture” extolling the artistic and political virtues of some of the most important musicals ever written. As he elaborates on these pieces, he demonstrates that, far from their reputation, musicals have often offered significant social commentary. As I was picking up Miller’s book, he himself was putting up the first regional production of one of my favorite musicals of the last few years, Hands on a Hardbody, which explores things far more important than a competition to win a pick-up truck.

Rebels covers musicals that I already knew a lot about, like Oklahoma, Hair, and Rent, and musicals that I have always known existed, but never really explored, like Pal Joey and Floyd Collins, and it made me want to know more about them. One musical I had never even heard of was The Ballad of Little Mikey, a 1994 musical from Los Angeles about its title character having to decide between advancing his career, which his husband Steve would like him to do, or sticking by his roots in gay rights activism. The audience takes Mikey’s journey with him as he looks back and considers whether to move on from his past, so they understand why the decision he has to make is so difficult.

Appropriately, the first chapter covers The Cradle Will Rock, Marc Blitzstein’s 1937 musical about the right to unionize, the first performance of which was itself an act of rebellion. Blitzstein came from the opera world, and the director was a young Orson Welles. When the Federal Theatre Project cancelled the opening of Cradle, Welles, Blitzstein, and producer John Houseman took the cast and audience to an empty theatre, and put on the show anyway. To get around rules set down by the actors’ and musicians’ unions to comply with the FTP, the cast performed from the audience and Blitzstein played the score on a piano on the stage. Officially, the production never existed. In reality, it played nineteen performances.

Reading this kind of book, one finds oneself coming up with musicals that might be included, from before or since 2001. I believe Hands on a Hardbody, the musical Miller is currently putting on in St. Louis, Missouri, with New Line Theatre, would fit right in. It deals with racism, inequality, religion, and, most effectively, the emotional trauma of war. One of the musicals I most hope to see in New York eventually is Allegiance, about Japanese American internment camps during World War II, inspired by actor George Takei’s own experiences. Those are just a few examples of recent musicals bringing important issues to light. Maybe such musicals are not the most visible or popular, but if Miller ever wants to write a follow up, I’m sure he will have plenty to write about.

Aaron Netsky is a writer and performer living in New York City, who has also worked as a production assistant and a child wrangler. Check out his blog at www.cantonaut.blogspot.com

← Previous Story IF/THEN A GREAT SHOW FOR FANS OF THEATRE, NOT SO MUCH FOR FANS OF FROZEN
Next Story → THE MASTERMINDS AND MURDERESSES BEHIND “CHICAGO”