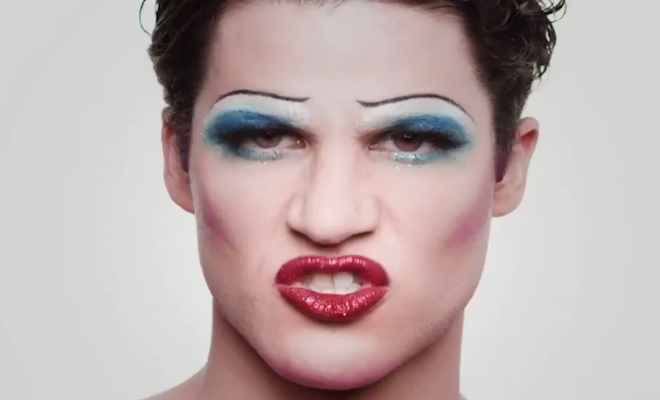 Break out those high heels and throw on a new blonde wig.  Darren Criss is the next Hedwig to appear in the Broadway smash-hit Hedwig and the Angry Inch.

“Gleeks” everywhere will be thrilled with the news that one of their favorite characters will be returning to the Broadway stage. Criss will step into the famed heels and wig beginning April 29th of this year.

Hedwig and the Angry Inch currently stars show creator John Cameron Mitchell as the title character Hedwig. Mitchell was originally slated to play Hedwig through March 14, but recently extended through the end of April. Mitchell took over for Michael C. Hall, who played Hedwig after Neil Patrick Harris and Andrew Rannells left the production.

Criss will play Hedwig, a transgender rock star, with over-the-top make-up, fabulous wigs, killer dance moves, and a rock voice that brings down the house.

This will not be Criss’ first foray into New York musical theater. Criss replaced Daniel Radcliffe as J. Pierrepont Finch in the 2011-2012 production of How to Succeed in Business Without Really Trying, before being replaced by Nick Jonas.

The character of Hedwig never leaves the stage for the entire 90 minute show, making the role one of both stamina and skill. Hedwig and the Angry Inch tells the beautiful tale of Hedwig – a transgender German, who is touring America with a broken heart and an angry inch.

Joining Criss onstage is Hedwig’s band “The Angry Inch”, led by Hedwig’s husband Yitzhak – portrayed fabulously by actress Lena Hall, who also won a Tony for her role in the show. She has played the role of Yitzhak opposite all of the show’s stars.

Show creator John Cameron Mitchell had this to say about Criss: “I’ve got a grin plastered on my face that Darren is joining the brotherhood of Hedwigs. I LOVED him in How to Succeed. His stage presence is electrifying, his rock and roll credentials and comic timing impeccable and I’m thrilled to be working with him to create a brand-new Hedwig!”

Wildly entertaining and wonderfully moving, Hedwig and the Angry Inch is the must-see musical of the winter. Darren Criss will be a welcome and unique addition to the Hedwig family, and we can’t wait to see his performance.